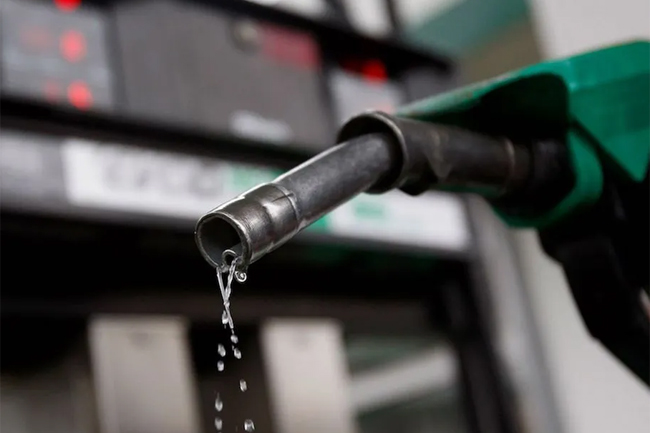 The Ceylon Petroleum Corporation (CPC) has been informed by the supplier that the petrol shipment which wasscheduled to arrive on the island today would be delayed further, Minister of Power & Energy Kanchana Wijesekara says.

A new date of arrival will be confirmed later today, the lawmaker added taking to his official Twitter account.

Minister Wijesekara, giving an update on the arrival of the shipment of 92,000 MT of petrol yesterday, had stated that it would experience a delay of one day. Accordingly, the fuel consignment was expected today.

However, the supplier has informed the CPC of a further delay, the minister said further.

Clarification
1) Health Services was allocated 85 fuel stations today. CPC communicated to the owners, distributed to the locations with 6600 ltrs Petrol n 6600 ltrs Diesel each. We had communicated on the quantities that we will be able to distribute to the Health Authorities. pic.twitter.com/KxNLI66gJU

In his tweet, he also stated that 85 filling stations have been allocated to supply fuel to health sector employees today. 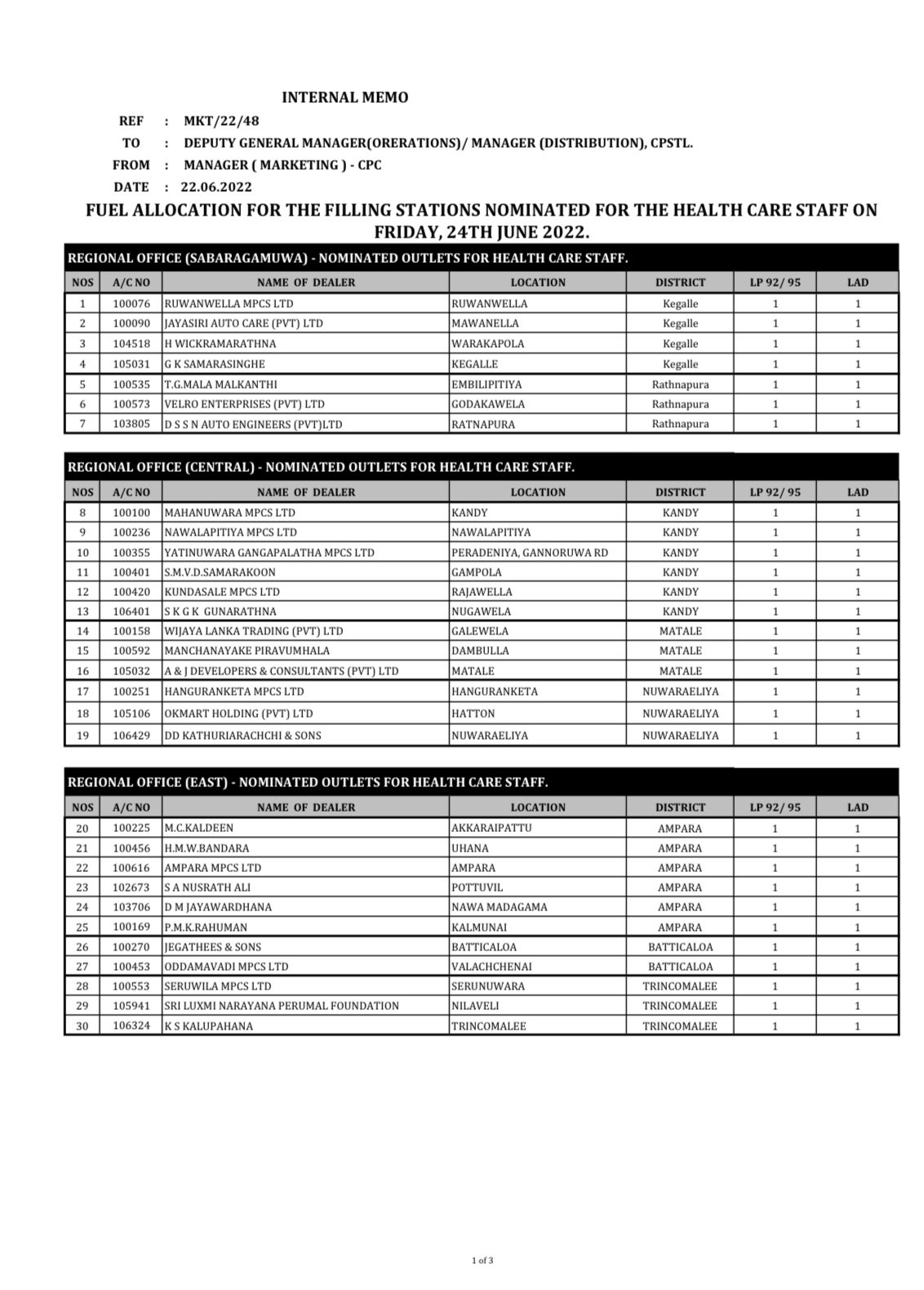 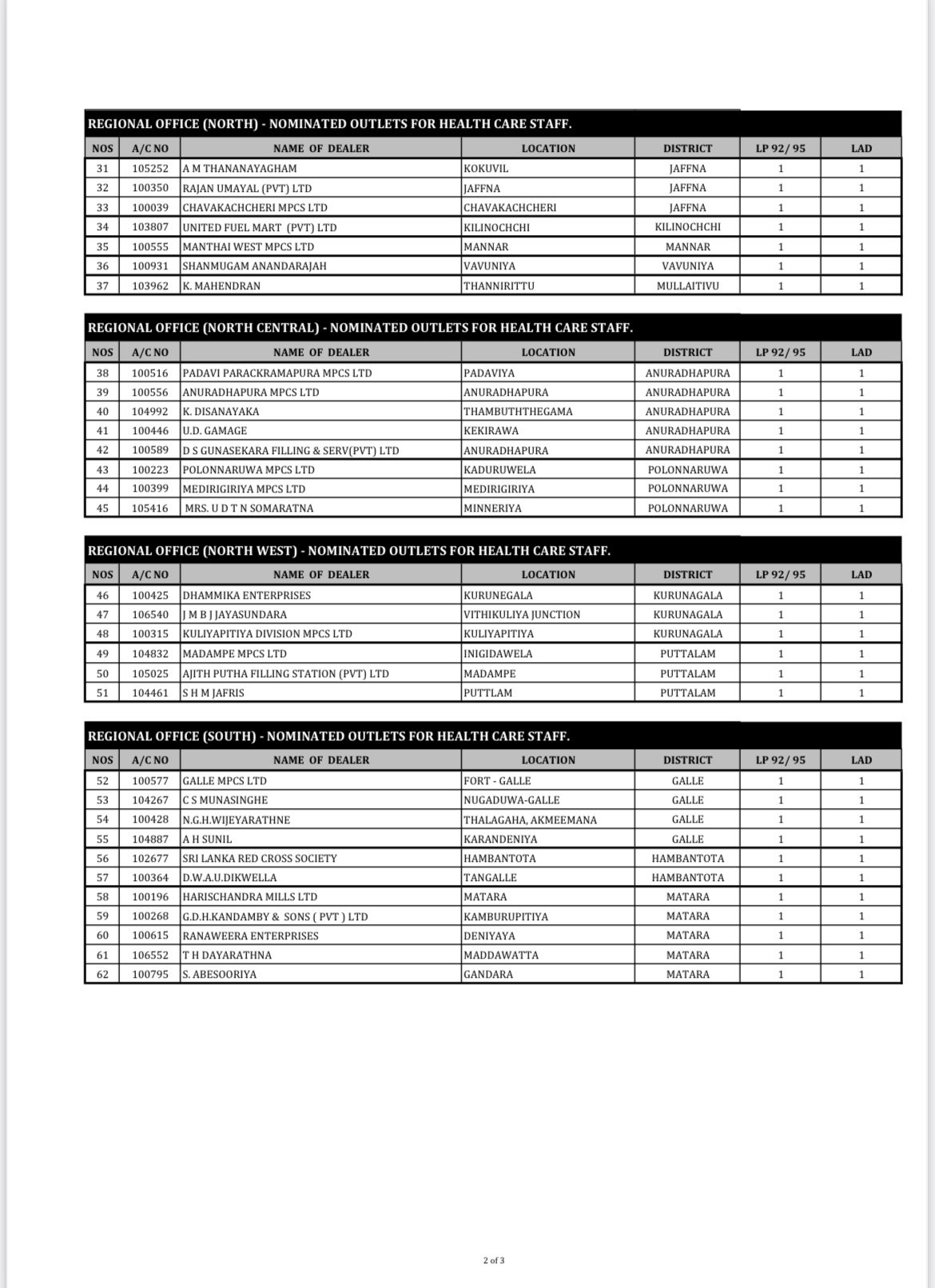 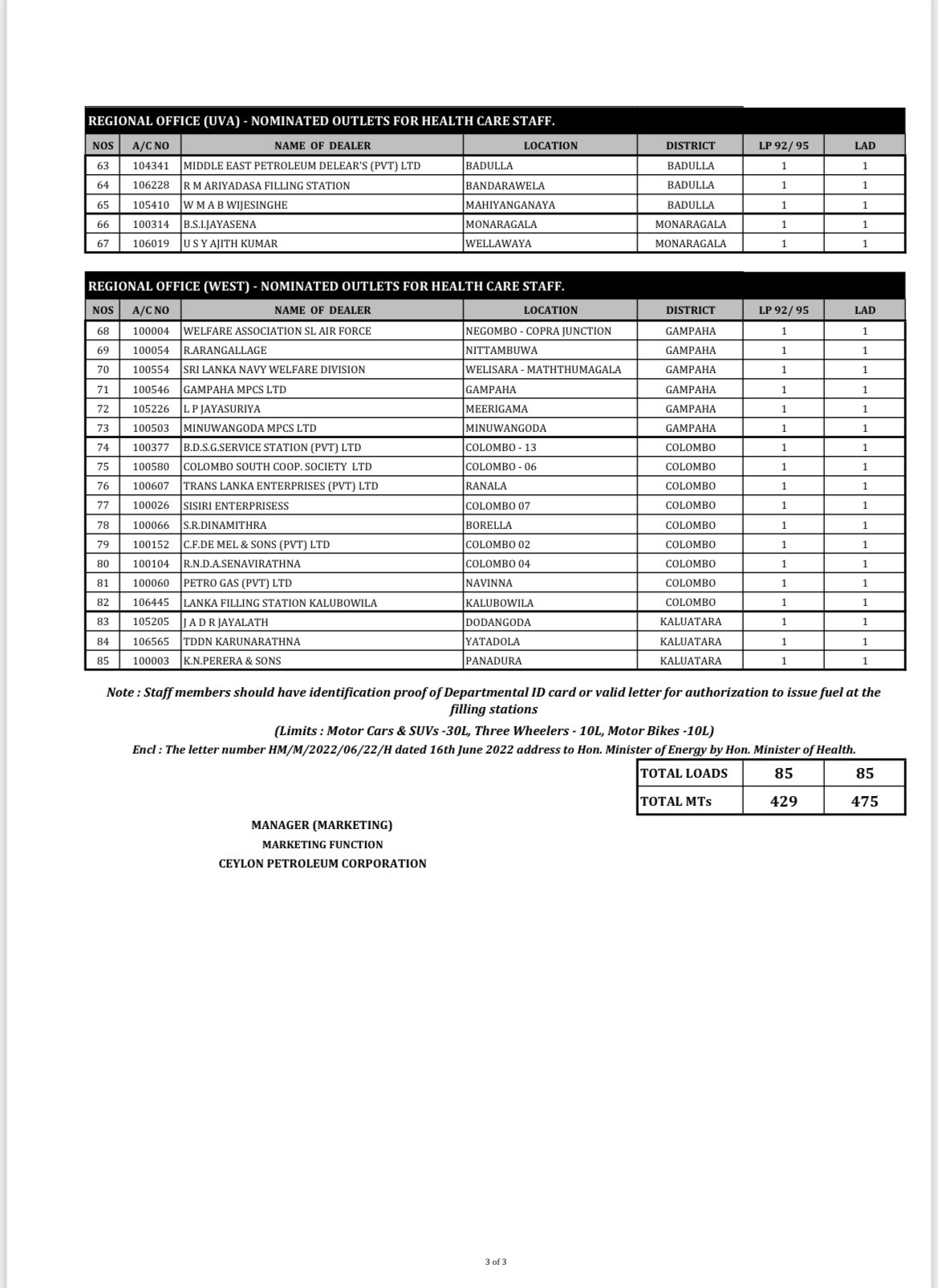