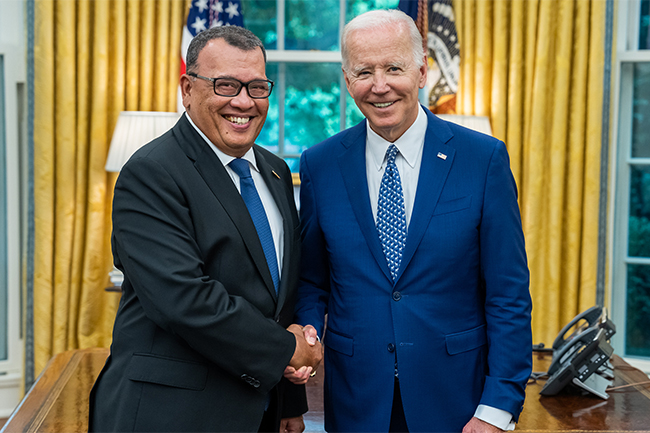 Sri Lankan Ambassador to the United States Mahinda Samarasinghe called on U.S. President Joe Biden recently, to brief him on the current situation in the crisis-hit island nation.

The meeting between the two parties took place at the White House Oval Office.

According to the Sri Lankan envoy, these officials too were briefed on the challenges faced by the island nation.

The visitors will meet with various political representatives, economists, and international organizations.