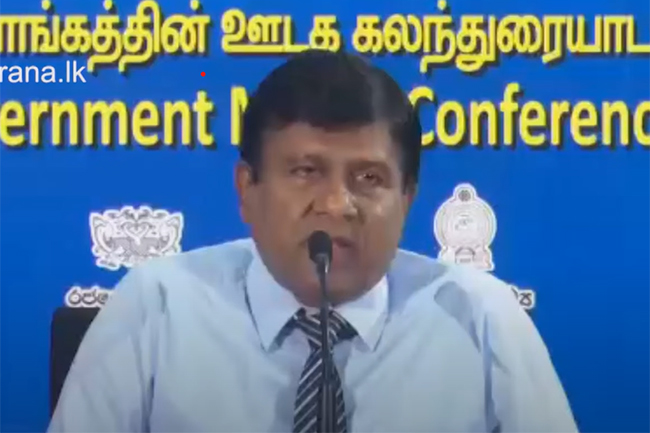 The 22nd Amendment to the Constitution was presented to establish political stability in the country which is requested by most of the international agencies assisting Sri Lanka, Minister of Justice, Prison Affairs & Constitutional Reforms Wijeyadasa Rajapakshe says.

His views came in the backdrop where SLFP chairman Maithripala Sirisena criticized the 22nd constitutional amendment as an attempt to strengthen the powers of incumbent President Gotabaya Rajapaksa until the end of his tenure.

Speaking at a media briefing today (July 03), Minister Rajapakshe said they do not intend to protect any person or a family via the 22nd constitutional amendment.

“We have taken necessary steps to protect the country through this [constitutional amendment. The 22A was approved after all political parties agreed to it.”

Speaking further, he said the Supreme Court has decided that the amendment presented bythe Opposition which includes 69 clauses covering 8 subject matters cannot be approved without a referendum.

“Through the Bill that we have presented, we are avoiding a referendum,” he explained, adding that it has been presented in a way that none of the public representatives can object to it. “They can object, however, their conscience knows that they are acting against the people’s desires.”

The condition set by the international organizations including IMF, the UN and the World Bank as well as the friendly nations that in talk with Sri Lanka at present, is that the law and order need to be established before obtaining their assistance to solve the country’s economic crisis, Minister Rajapakshe noted.

“Until then, it is difficult to source assistance.”

The 21st Amendment to the Constitution is the constitutional amendments presented to the parliament by the main opposition Samagi Jana Balawegaya (SJB) in April as a private Bill.

It was later published in the government gazette and it was challenged in the Supreme Court.

Dr. Wijeyadasa Rajapakshe, who was appointed the Minister of Justice, Prison Affairs & Constitutional Reforms, later presented a government Bill to the Cabinet of Ministers in his ministerial capacity, which is referred to as the 22nd amendment.

The Supreme Court, delivering its determination, ruled that the 21st amendment put forward by the SJB cannot proceed further without a public referendum.

In such a backdrop, the Cabinet of Ministers gave the approval to gazette the 22nd amendment presented by the Justice Minister.

Once the 22nd amendment is passed in parliament, it will become the 21st amendment as the SJB’s amendment cannot proceed further.