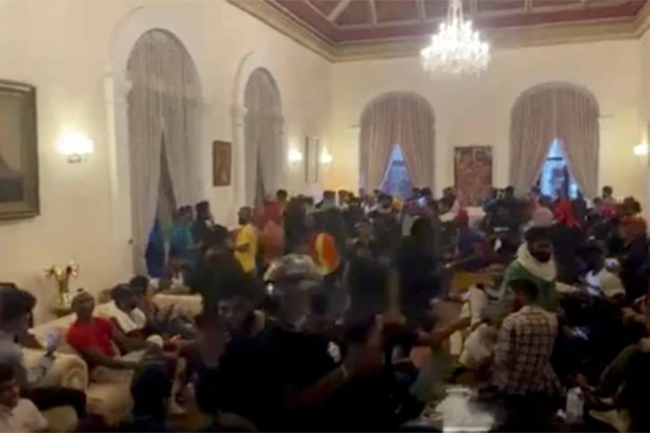 A large number of protesters in Colombo Fort, who broke through police barricades to reach the entrance of the President’s House, have stormed into the premises, Ada Derana correspondent says.

According to reports, the police also fired tear gas to disperse the protesters at the Janadhipathi Mawatha.

Meanwhile, the demonstrators at “GotaGoGama” in Galle Face Green were also tear-gassed by the police as tensions escalated in Colombo.

Two rounds of tear gas were fired to disperse the anti-government protesters at Chatham Street in Colombo who attempted to advance through a barricade.

Coinciding with the demonstrations in Colombo, island-wide protest marches are organized today (July 09), urging President Gotabaya Rajapaksa and the incumbent government to step down over the failure to restore economic, political and social stability in the country.

Massive crowds thronged the Galle Face Green’s “GotaGoGama” protest site from many parts of the country in support of the mass public protest.