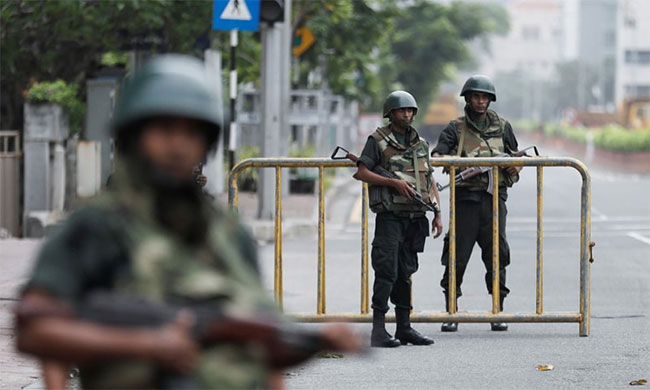 A Gazette Extraordinary has been issued declaring a state of emergency across the island with effect from today (July 18).

The state of emergency has been declared in a proclamation by Acting President Ranil Wickremesinghe in terms of Article 40(1)(C) of the Constitution, by virtue of the powers vested in him by Section 2 of the Public Security Ordinance (Chapter 40), as amended by Act No. 8 of 1959, Law No. 6 of 1978 and Act No. 28 of 1988.

It states the public emergency in Sri Lanka has been declared in the interests of public security, the protection of public order and the maintenance of supplies and services essential to the life of the community.

Similarly, a nationwide state of emergency had also been declared last Wednesday after former President Gotabaya Rajapaksa had left the country and flown to Maldives and protesters surrounded the office of the Prime Minister.