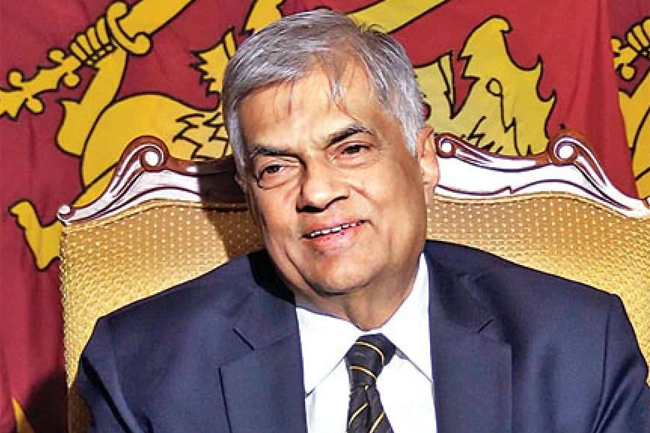 In a secret ballot that got underway in the House this morning, the Members of Parliament voted to elect a succeeding President to fill in the post left vacant after the resignation of Gotabaya Rajapaksa last week.

In the 225-member parliament, 223 had cast their votes and four were declared invalid. Two members, namely MPs Selvaraja Gajendran and G.G. Ponnambalam, abstained from voting.

Wickremesinghe was elected to the office of President with a total of 134 votes, while MP Dullas Alahapperuma was polled second with 82 votes. Meanwhile, MP Anura Kumara Dissanayake secured 03 votes.

The procedure for electing a new president by Parliament is provided in the Constitution and the Presidential Elections (Special Provisions) Act (No. 2 of 1981), in the event of a vacancy in the office of the President before the end of the term.

Wickremesinghe, a six-time former prime minister who became acting president after his predecessor resigned, had the backing of the Sri Lanka Podujana Peramuna (SLPP), the largest bloc in the 225-member parliament

His main opponent in the vote was Alahapperuma, a former journalist who was supported by the opposition including the main opposition Samagi Jana Balawegaya (SJB), Tamil National Alliance (TNA), Sri Lanka Freedom Party (SLFP) and several independent MPs.

Several other dissidents of the Sri Lanka Podujana Peramuna (SLPP) had also opted to back Alahapperuma.

Meanwhile, MP C.V. Vigenswaran, the former chief minister of the Northern Province and the leader and the only parliamentarian of the Tamil People’s National Alliance (TMTK), as well as the Ceylon Workers’ Congress (CWC) also backed Wickremesinghe in the vote.

Wickremesinghe embarked on active politics in the mid-1970s representing the United National Party (UNP) and entered the parliament in 1977.

He has been the leader of the UNP since 1994. The 73-year-old has held the office of prime minister six times although he never completed a term.

His latest and shortest term in office as the prime minister was when former President Gotabaya Rajapaksa appointed him to the position on July 13 this year, after his brother Mahinda Rajapaksa was forced to step down amidst growing public agitation over economic mismanagement and corruption allegations.

After the former President resigned from his position effective from July 14, the parliamentary session was convened on the 16th, during which the Secretary-General of Parliament announced that the office of the President has become vacant.

Subsequently, the parliament met again yesterday to accept nominations for the election. Accordingly, the names of Wickremesinghe, Alahapperuma and Dissanayake were proposed.

The vote to appoint a succeeding President commenced earlier today after the parliamentary session began at 10.00 a.m. The Secretary-General of Parliament acted as the Returning Officer in this secret ballot.

Ranil Wickremesinghe was elected to the 9th Parliament on June 23rd, 2021 as a National List Member representing the United National Party.

An alumnus of the Royal College of Colombo, Wickremesinghe was later selected to the Faculty of Law of the University of Colombo and sworn in as a lawyer.

In 1977, he was elected as a Member of Parliament for the first time and was the youngest cabinet minister in the J.R. Jayewardene government where he held the position of Minister of Youth Affairs and Employment.

He was the Minister of Foreign Affairs at the age of 28, and later served as the cabinet minister for Youth Affairs, Education and Industry, Science and Technology.

Following the resignation of Gotabaya Rajapaksa from the office of President, he became the Acting President from 14th as per the Constitution.