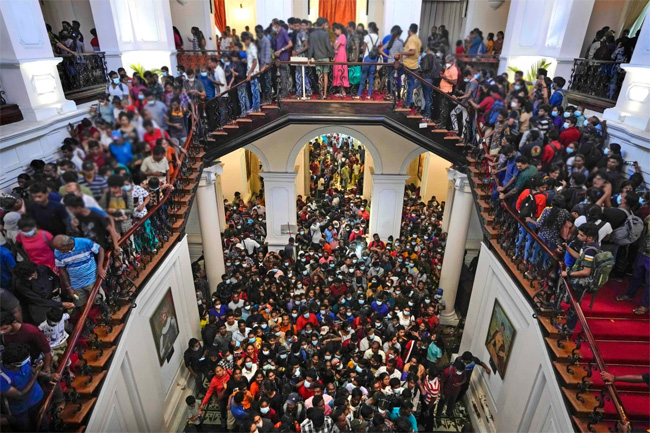 Youth arrested for sitting on Presidents chair and taking pictures

The police on Tuesday (Aug 02) arrested a youth for forcibly entering the President’s House on July 09 and taking photos while sitting on the president’s chair.

The 28-year-old was taken into custody in the area of Deraniyagala and remanded until August 10, after being produced before the court.

In another development, the two individuals, aged 35 and 37 years, were arrested for taking part in the protests outside the Temple Trees since April 24, forcibly entering the premises and being part of unlawful public assembly.

Officers of the crimes investigation unit of Colombo South Division arrested the two suspects in the area of Ja-Ela on Tuesday.

They were identified as residents of Thudella and Ma-Eliya areas.

The two suspects will be produced before the court later today.