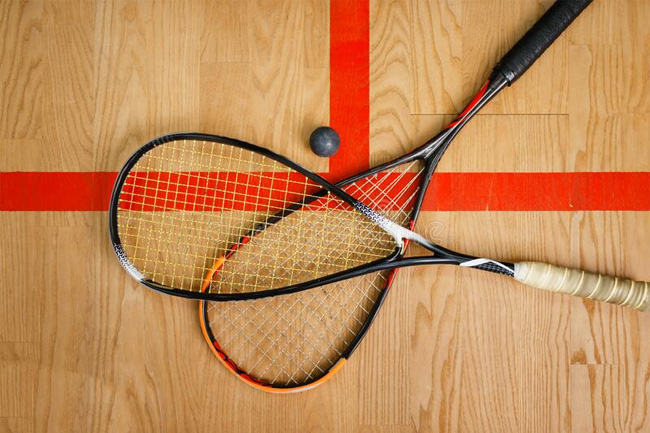 Sri Lanka Squash (SLS), responding to the recent controversial reports regarding the selection process of national players for the Commonwealth Games 2022, underscored that it has “adhered to the rules and regulations in a consistent and transparent manner with no intention of prejudice towards any player.”

In a statement, the national governing body for the sport addressed the claims communicated by Sri Lanka’s top squash player Fathoum Issadeen via both digital and public media with regard to her exclusion from the Sri Lankan women’s team for Commonwealth Games 2022 in Birmingham, UK.

The SLS explained that all eligible players were invited to participate in the national selection trials and the procedure used was common to both men and women.

The squash body said: “Ms. Fathoum Issadeen, the No 1 women’s ranked player, won the first trial match but lost the second trial match to the No 2 ranked player. Her third trial match which was to be on the next day, had to be postponed because she failed to turn up for it but 30 minutes prior to the commencement of the game she communicated via email that she was injured.

According to the clarification, the SLS, in compliance with its procedures, has advised Issadeen to visit the Sports Medicine Unit at the Ministry of Sports and obtain necessary relief for her injury.

“The relief/rest directed by the medical authorities was duly provided and trial stoppage was communicated to the other participants. Additionally, two further extended dates were also provided at her request enabling the completion of trials,” the statement read further.

Amidst this, Issadeen abruptly informed the squash body of her intention to leave the country in mid-April and return after a period of one and a half months, the SLS said, adding that she had further requested a fresh trial and also to be included in the list of players for the Commonwealth Games, bypassing the trial process.

However, the SLS says it informed the player that as per the diagnosis and recommendation of the Sports Medicine Unit, she was required to complete the remaining selection trial matches in compliance with the accepted trial process. “We also notified her in writing that any failure to do so will result in her name not being included in the final list of players who will be eligible to participate in the Commonwealth Games. During this period of time, we accommodated a total of 3 extensions to the women’s No 1 player.”

On July 06, Issadeen filed a petition before the court, specifically seeking an interim order preventing the candidates shortlisted pursuant to the trial process, from representing Sri Lanka at the Commonwealth Games 2022 without the inclusion of the petitioner in the women’s squad. According to the SLS, she has also sought relief to be included in the squad on the basis of being a foreign resident and a world-ranked player.

SLS said it stiffly resisted the said interim order on the basis that the petitioner who had evidently failed to participate in the trial process should not be permitted to stop players who have been selected pursuant to the trial process from representing Sri Lanka at the Commonwealth Games.

However, the squash body informed the court that, whilst Issadeen had failed to participate in the trials conducted in terms of the selection criteria, it will not object to Issadeen being included in the squad despite her ineligibility (due to her failure to participate in the trials/ having lost one game) as long as the remaining players who had duly participated and shortlisted pursuant to a rigorous trial process are not prejudiced by Issadeen’s inclusion into the Commonwealth Games squad.

When matters remained as such, SLS said it was shocked to note that notwithstanding making several exceptions permitting Issadeen to participate in the trials conducted by the squash body, she had participated in a squash tournament overseas during the said rescheduled period of the trials amidst her claim that she was undergoing treatment.

In its statement, the SLS reiterated that the selection process for the Commonwealth Games 2022 was conducted in a “consistent and transparent” manner, in compliance with the rules and regulations.

“We believe that while squash is an individual sport, the players represent the country. As such, it is critical that we apply all rules equitably and consistently to all players regardless of their standing,” the national squash governing body said further.