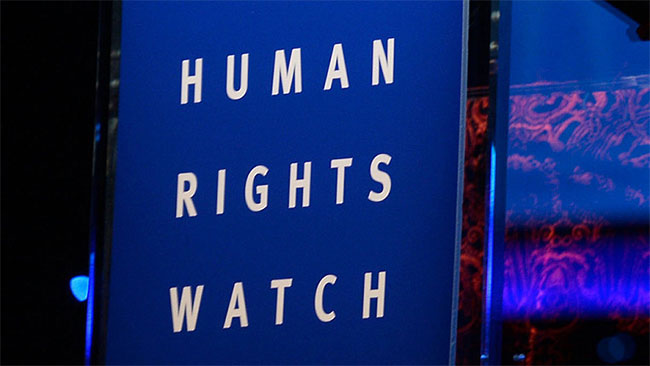 Wickremesinghe was sworn in as president on July 21, 2022, after then-President Gotabaya Rajapaksa stepped down after months of widespread protests against economic mismanagement and corruption.

Sri Lanka is in the midst of a political, economic, and human rights crisis following years of misgovernance and rights violations, it said, adding that the government should prioritize protecting the public from further hardship by putting in place appropriate social protection policies and addressing endemic corruption, while respecting fundamental rights, including freedoms of expression and association, and ending abuses by the security forces.

“Sri Lanka’s partners have been clear that international economic assistance will only be effective if the government adheres to human rights and the rule of law and addresses the root causes of the crisis.”

On July 18, Wickremesinghe imposed a state of emergency that gives the security forces sweeping powers, suspends numerous basic rights, and imposes harsh penalties for minor or vaguely defined offenses. A day after his inauguration, Wickremesinghe sent the police and military to disperse protesters from a site they had occupied for months in central Colombo. Over 50 people, including lawyers and journalists, were beaten and injured. During the ongoing crackdown on dissent, the authorities have detained at least 30 protest organizers, in many cases without a warrant or using officers in civilian clothes who carry out arrests without due process, it said.

In May, Sri Lanka defaulted on its foreign loans, and the government is currently attempting to negotiate debt restructuring and an International Monetary Fund (IMF) bailout. The economic crisis has resulted in severe shortages of imported goods, including fuel, and rampant inflation, pushing millions of people into poverty.

Among Human Rights Watch recommendations to President Wickremesinghe are:

“In recent months many Sri Lankans have bravely taken to the streets to call for reform, accountability for corruption, and the protection of fundamental rights,” Ganguly said. “Instead of trying to silence the protesters, President Wickremesinghe should listen to them.”