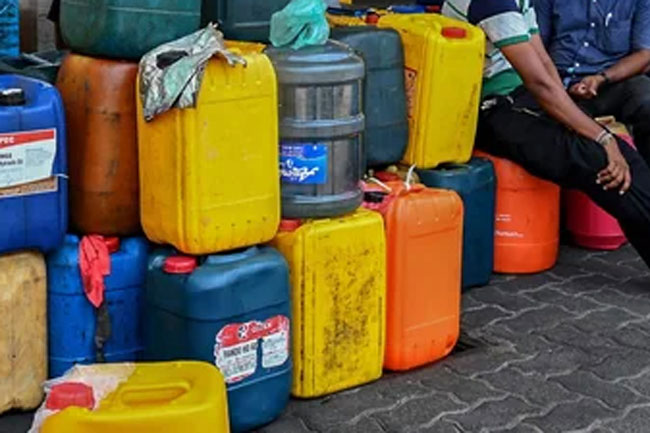 Sri Lanka Police says that 10 suspects have been arrested with 2014 litres of petrol, 238 litres of diesel and 20 litres of kerosene during island-wide police raids carried out within yesterday (Aug. 09).

Police said ten separate raids were conducted yesterday in connection with the illegal hoarding of fuel, illegal storing and sale of fuel.

Accordingly, so far police have arrested 1,321 suspects in a total of 1,387 raids carried out across the island.

Police said that legal action has been initiated against the arrested suspects.