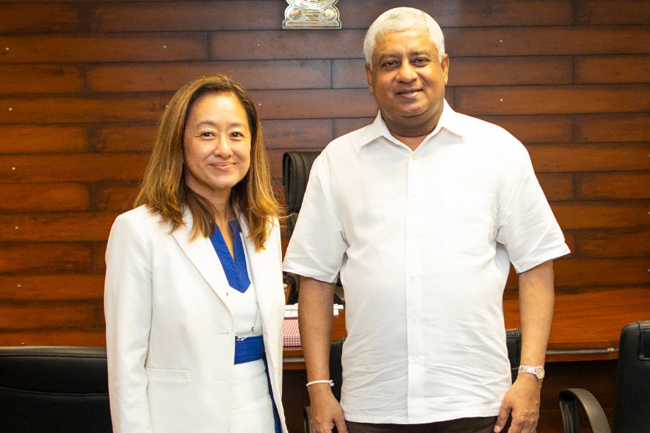 Ambassador of United States to Sri Lanka, Julie Chung today (Aug 10) called on Minister of Public Security Tiran Alles for a discussion on bilateral relations between the two counties.

She also reiterated the support of the United States for Sri Lanka in securing funding from the International Monetary Fund (IMF).

Speaking further, the US envoy stressed the importance of protecting the human rights of the people of Sri Lanka.

The two officials also discussed the role of the Sri Lanka Police and the public protests in the country.

Ambassador Chung further stated that she is pleased that no catastrophic incidents took place on the 9th of August.

She also appealed to Minister Alles to work in tandem with non-governmental organizations.