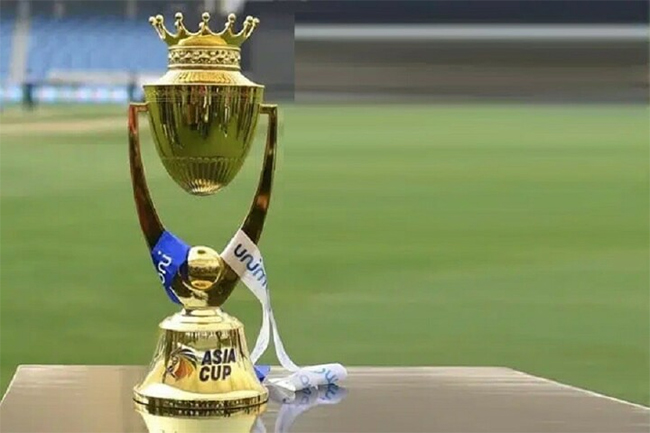 Sri Lanka Cricket (SLC) vehemently refuted what it referred to as “false, derogatory and malicious” allegations made by MP Nalin Bandara at a recent parliamentary session with regard to the Asia Cup 2022.

The national cricket body categorically stated that the parliamentarian’s claims are “baseless, frivolous and vexatious” and had been “uttered with zero knowledge of the subject matter.”

In a statement, the SLC stressed that “ASIA Cup is not a tournament belonging to Sri Lanka Cricket to claim its ownership and to host it at the SLC’s sole discretion unlike a bilateral tour which is held in Sri Lanka and to the contrary Asia Cup is organized, structured and controlled by the organization called and referred to as the Asian Cricket Council (ACC) in which membership constitutes of cricket playing member countries within the geographical area of Asia.”

Being an independent entity, ACC offers the opportunity for each member country to host the Asia Cup in each respective year of such member country subject to a stringent evaluation and confirmation of the supporting background and other requirements which provides a conducive environment for hosting of the said event with a view to maximizing the profits of the ACC, the cricket body explained.

Therefore, it should be noted that the Asian Cricket Council, having closely monitored the economic and social situation and developments in Sri Lanka over the last few months and after much deliberation on the 24th of July at a meeting held among member states, decided to play the matches of the 2022 Asia Cup in UAE instead of Sri Lanka, whilst keeping the hosting opportunity and rights to SLC, the statement read further.

In the claims made by MP Nalin Bandara, the actual perspective and the nature of the entire Asia Cup 2022 has been fully distorted, the SLC added, noting that it is intensely of the view that no Member of the Parliament should make such statements by the use of parliamentary privileges at a time when the national cricket body has been performing extremely well and the management has given all the support not only to the Players and game of Cricket but also to the country, economy and also to the other sports whilst bringing much needed forex income.

In addition, the SLC condemned the “highly irresponsible” statement made by MP Nalin Bandara as it appears that it has been made without verifying the facts and without making any inquiry from Sri Lanka Cricket.

It should be further noted that no independent report or research has ever revealed nor confirmed that the country has ever received a staggering amount of USD 50 million from hosting an event in Sri Lanka as claimed by MP Bandara and SLC considers such comments are instigated by few individuals with vested interests to destabilize Sri Lanka Cricket to achieve their personal goals.

SLC further pointed out that no venue in Sri Lanka is capable of accommodating 100,000 spectators for a single match in any of the tournaments of this magnitude as the maximum stadium capacity is generally limited to 30,000. Hence, SLC said it considers that the said comment made by MP Bandara on spectator participation is rendered futile.

Commenting on the hosting of bilateral events, SLC informed that a bilateral tour only involves two nations competing with each other and under the present situation in the country, the logistical and other arrangements in relation to the two recently concluded bilateral tours (Australia Tour and Pakistan Tour) were fulfilled amidst greatest difficulties.

However, an event like Asia Cup is involved with six highly reputed Cricketing Nations in the world and under the prevailing circumstances in Sri Lanka owing to the fuel crisis, power supply limitations and other logistical issues confronted by both facilitators and spectators, it was considered by the ACC that the hosting of the event in Sri Lanka is beyond imaginable in view of the added demands made by stakeholder and its commercial partners.

Moreover, SLC strongly believes that the disgruntle elements have now been activated to jeopardize and destabilize affairs of Sri Lanka Cricket and game of Cricket with a view to attaining their vicious motives when in actuality, SLC is heading to the right and passionate directions. Therefore, SLC wishes to state that by the said statements of such individuals not only hatred is spread among the general public towards the affairs of Sri Lanka Cricket but also misleads the hierarchy of the Government by such baseless and false facts and accusations.