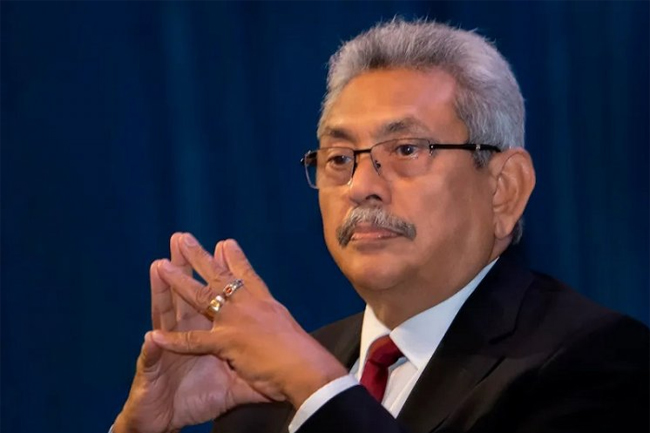 Rajapaksa’s visa in Singapore, where he is currently residing, runs out today, and after landing in Thailand, he will look for a third country to seek permanent refuge, Chan-o-cha added.

Rajapaksa had fled his home country last month amid anti-government stir across Sri Lanka that saw protesters barging inside the presidential palace and consistently demanding his resignation. Following his escape from Lanka, the former president first landed in Maldives on July 13 and then fled to Singapore from where he announced his resignation.

The Thai premier stated that permitting Rajapaksa inside the country albeit temporarily was done as it is a “humanitarian” issue. “We have made a promise that it’s a temporary stay. No [political] activities are allowed, and this will help him find a country to take refuge in,” Chan-o-cha was quoted as saying by the Bangkok Post newspaper.

Thailand foreign minister Don Pramudwinai said that Rajapaksa can stay in Thailand for 90 days because he is still a diplomatic passport holder, the Post report added.

Don said that the Lanka government led by President Ranil Wickremesinghe did not object to Rajapaksa’s visit to Thailand. However, the former president need to figure out his accommodation himself as the Thai government has refused to make any arrangements for the same.

The Thai foreign minister added that the country has placed one condition before Rajapaksa in return for his stay, and that is to not cause any problems for Thailand.

“The stay is temporary in nature with the aim of onward travel. No political asylum has been sought,” Tanee added.

He, however, said that the Thai ministry has no information whatsoever on Rajapaksa’s arrival date in the country.

Earlier this month, Wickremesinghe said that it was not the right time for Rajapaksa to return to his Sri Lanka as it could incite political tensions. “I have no indication of him returning soon,” the president told the Wall Street Journal in an interview.

Seen as Rajapaksa’s ally, Wickremesinghe was elected for the top role by the Lanka parliament last month. The crisis-hit Sri Lanka, a country of 22 million people, is facing the worst economic crisis in seven decades, with its citizens struggling to make ends meet due to dearth of food, medicine, fuel and other essentials.

The new Lanka regime under Wickremesinghe faces the upheaval task of leading the nation out of the impasse. The new president has remained in touch with Rajapaksa to deal with administrative handover matters and other governmental business, the Journal report said.

Furthermore, Sri Lanka has been in talks with the International Monetary Fund on a bailout package. In April, the country had suspended repayments on nearly $12 billion of foreign debt, and has payments of almost $21 billion due by the end of 2025.