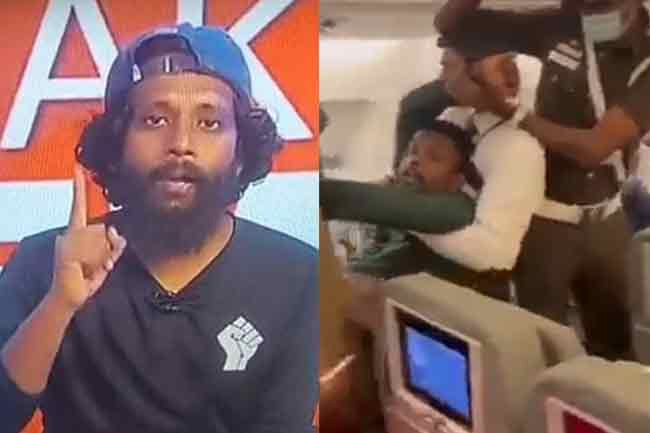 The accused were arrested in connection with the forcible entry to the President’s House and damaging its properties.

Ali, a 31-year-old, from Webada in Kurunegala, was arrested on the night of July 26 while trying to fly out to Dubai on a flight from the Bandaranaike International Airport (BIA).

He is also accused of forcibly entering Sri Lanka Rupavahini Corporation with several other activists and attempting to disrupt telecasts last month.

On July 13, a group of protesters including Dhaniz Alia had forced their way into the state-owned media institute, demanding that only anti-government protests-related news be broadcast thereafter. Two of the protesters then appeared on a live interview, after which the channel suspended its live and recorded telecasts for a brief period of time.