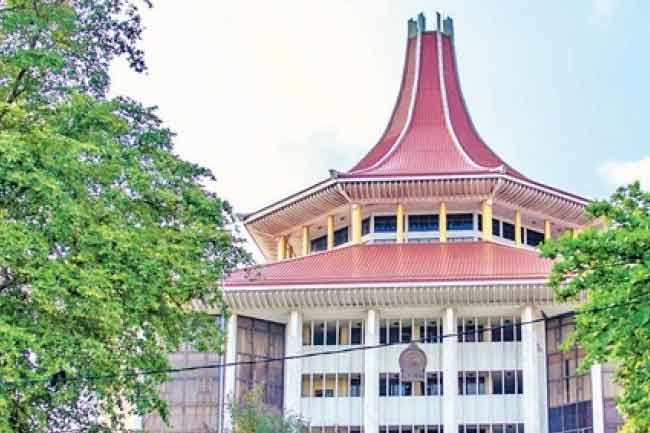 The Supreme Court today (Aug 12) granted leave to proceed with the hearing of three Fundamental Rights (FR) petitions filed seeking an order that the fundamental rights of the public are violated through the imposition of state of emergency by the President, pursuant to the Public Security Ordinance.

However, the Supreme Court further mentioned that it will not issue an interim order suspending the emergency regulations at the moment.

In addition, the Supreme Court ordered the Attorney General to reconsider the matters contained in the emergency regulations and to inform the court within two weeks if any amendment is made.

The petitions were called before the Supreme Court bench consisting of Justices Vijith Malalgoda, Achala Wengappuli and Mahinda Samayawardhene.

The petitions were filed by the conveners of the Liberal Youth Movement Attorneys-at-Law Namini Panditha and Rusiru Egodage, the former Commissioner of Human Rights Commission of Sri Lanka (HRCSL), Ambika Satkunanathan, and the Centre for Policy Alternatives and its Executive Director Dr. Paikiasothy Saravanamuttu.

Subsequently, the Supreme Court bench fixed the hearing of the petitions on October 28.