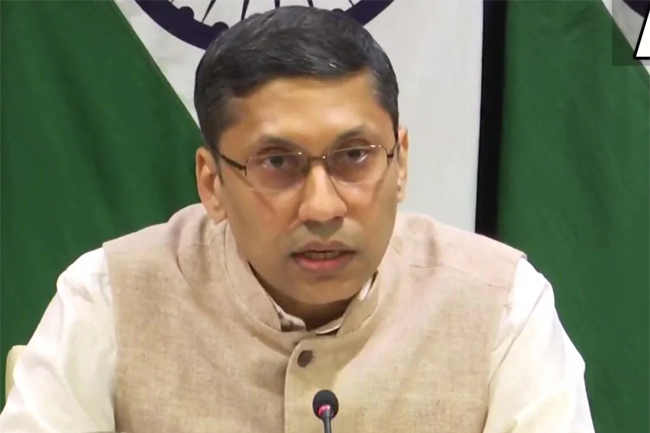 The remarks were made by India’s Foreign Ministry spokesperson Arindam Bagchi during the weekly media briefing, in response to a question raised on the Chinese vessel.

“Sri Lanka is a sovereign country and makes its own independent decisions.”

Speaking on the bilateral relations of the two nations, the spokesperson said Sri Lanka is central in India’s Neighbourhood First Policy. This year itself India has extended an unprecedented support USD 3.8 billion to ameliorate the serious economic situation, he recalled.

“We have consistently maintained the necessity of mutual respect, mutual sensitivity and mutual interests as the basis of development of ties.”

The 730-foot-long Chinese ship was scheduled to dock at the Hambantota Port between August 11 and 17 for replenishment, however, Sri Lanka made a request from Beijing to defer the arrival.

The request for deferment came after India voiced strong concerns on the matter and said it carefully monitors any developments having a bearing on its security and economic interests, and takes all necessary to safeguard them.

China, in response to India’s concerns, has said it hoped “relevant parties” would refrain from interfering with its legitimate maritime activities and stressed that it was “senseless to pressure” Colombo by citing the issue of security concerns.