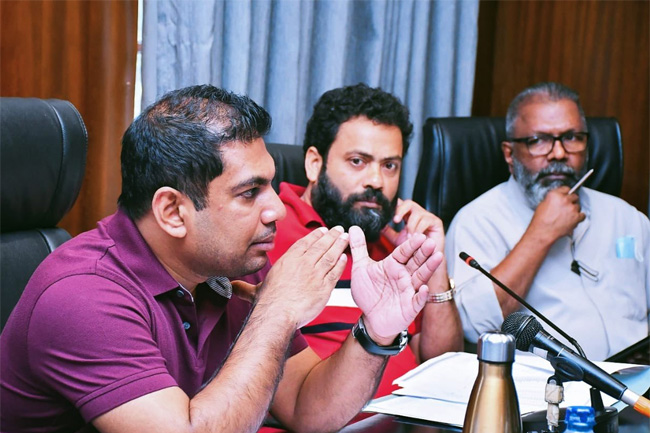 The Ceylon Petroleum Corporation has been given directives to take appropriate management decisions and distribution decisions on the filling stations that fail to adhere to the guidelines, Minister of Power & Energy Kanchana Wijesekera says.

The instructions were given at a progress review meeting held this morning (Aug 13) at the Ceylon Petroleum Storage Terminals Limited (CPSTL) in Kolonnawa to look into the ongoing process of fuel distribution.

MPs Indika Anurudda, Suren Raghavan and Madhura Vithanage, who are assisting with the fuel distribution process, also attended the meeting.