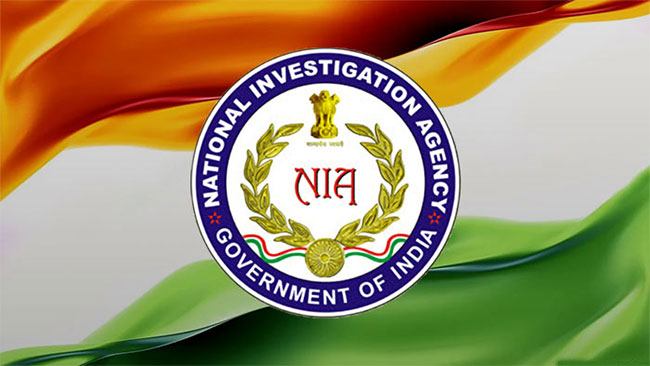 In a major revelation in a case pertaining to the seizure of a huge quantity of narcotic drugs along with five AK-47 rifles and 9mm ammunition numbering 1,000 from Sri Lankan fishing boats, India’s NIA has stated that an accused had been involved in activities of proscribed terrorist organisation LTTE within India and abroad.

The accused had also plotted to procure prohibited arms and ammunition, besides contraband articles. The National Investigation Agency of India filed the report in the Kerala High Court in response to the bail plea filed by Ramesh, a Sri Lankan native and eighth accused in the case.

The Indian Coast Guard intercepted the boat, ‘Ravihansi’, near Minicoy Island, Lakshadweep, on March 18, 2021. There were no proper documents and six Sri Lankan nationals found on board were arrested by the Kochi sub zone of India’s Narcotics Control Bureau (NCB) on their arrival at Vizhinjam port in Thiruvananthapuram.

The Central government directed the NIA to take over the probe and later the seventh and his brother and eighth accused were taken into custody, allegedly for being members of the banned Liberation Tigers of Tamil Eelam (LTTE). Ramesh revealed that he had stayed in India without a visa violating the provisions of the Foreigners Act.

According to NIA, Ramesh and the other accused, including his brother being a core cadre of the LTTE, held secret meetings and conspired to carry out illegal activities of trafficking in drugs and also arms and ammunition with the intention of raising funds to revive and further the activities of the LTTE, both in India and Sri Lanka, They formed a terrorist gang and transferred money through hawala channels for the procurement of drugs, arms and ammunition.

A witness in the case also spoke of the drug and hawala business carried out by the brothers and specifically referred to Ramesh having collected hawala money from a person named Faseel Bhai. While dismissing Ramesh’s bail plea, the court noted that the statements of the witnesses show not only his inextricable connection with the illegal activities but also his definite link with LTTE, with full knowledge and complicity in the attempt to smuggle heroin, arms and ammunition in the boat, intercepted before its entry into the port.