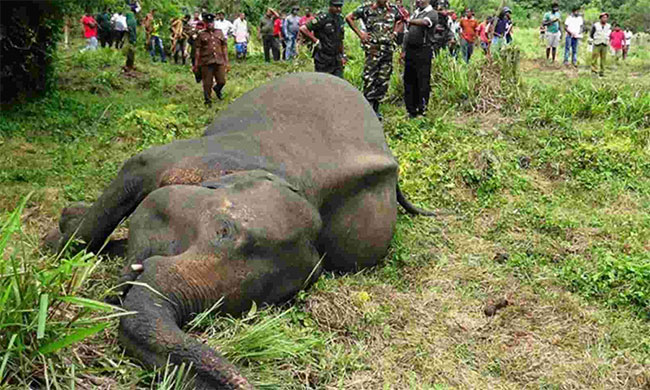 The Ministry of Wildlife and Forest Resources Conservation says that human-elephant conflicts have increased within the past three years.

The Ministry of Wildlife and Forest Resources Conservation stated that in the first 04 months of this year alone, 47 elephant deaths and 34 human deaths have been reported due to human-elephant conflicts.

The figures were revealed during a discussion held on the human-elephant conflict at the Lunugamwehera Wildlife Office, chaired by Minister Mahinda Amaraweera.

The Ministry Wildlife and Forest Resources Conservation said that there is human-elephant conflict in 131 divisional secretarial areas of 19 districts of the island and as one step to end this problem, it was decided to erect and complete within next year the electricity fence in all the districts that need it.