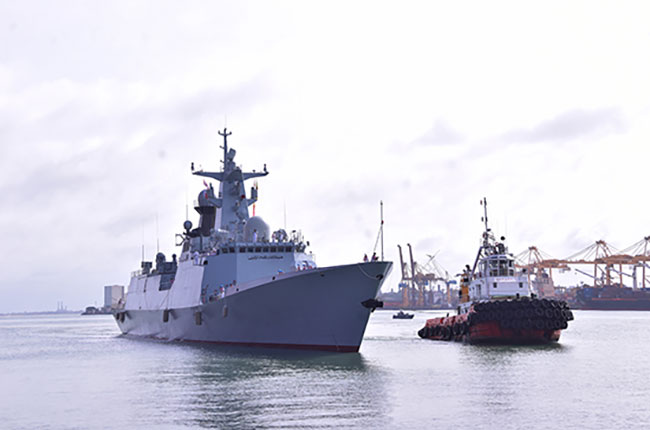 Sri Lanka Navy says that Pakistan Navy Ship (PNS) Taimur which arrived in Sri Lanka on a formal visit, is scheduled to conduct a Passage Exercise with SLNS Sindurala in seas off Colombo as she departs the island on August 15, upon completion of her visit.

“In this backdrop, certain media reports circulating about a ‘War Game’ between Sri Lanka Navy and Pakistan Navy are fallacious,” the statement said.

Sri Lanka Navy, with the concurrence of foreign navies, conducts Passage Exercises as a routine engagement when their visiting naval ships departing the island after making official port calls.

The prime motive of these efforts is to enhance interoperability, partnerships and goodwill as well as exchange best practices with foreign navies, the navy said.

As part of this Passage Exercise, PNS Taimur and SLNS Sindurala are expected to conduct Maneuvering and Search and Rescue exercises, it revealed.

Meanwhile, Sri Lanka Navy has conducted similar Passage Exercises with the navies of countries such as India, Pakistan, Bangladesh, Japan, Germany, U.K., Russia and Australia on a number of previous occasions.

“Conducting similar naval exercises with regional and extra-regional navies will enable each partner to overcome common maritime challenges in the future, through enhanced cooperation.”

“In addition, such engagements will also be vital for its own maritime operations of Sri Lanka Navy,” the statement added.