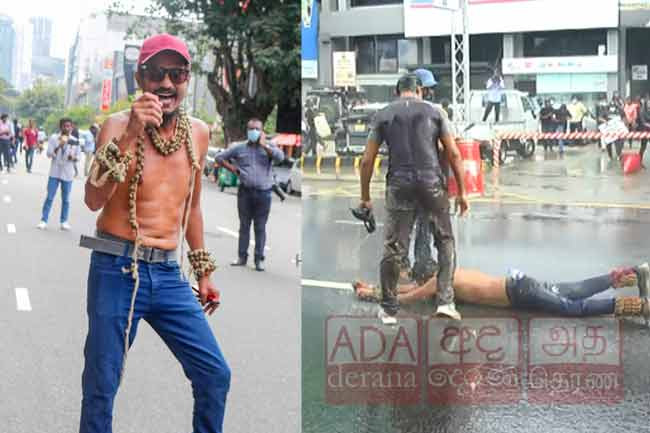 Actor Jehan Appuhami, who was arrested yesterday (18) in Colombo during the protest march held by the Inter-University Students Federation (IUSF) has escaped custody, the police said.

The police have initiated an investigation to arrest him.

Meanwhile, 16 people who were arrested during the protest were granted bail after being produced before Colombo Fort Magistrate’s Court today (18). The arrestees include three Buddhist monks as well.

The police said detention orders will be sought on three other arrestees including the IUSF convenor Wasantha Mudalige.

Police Media Spokesman Senior Superintendent of Police, Attorney-at-Law Nihal Thalduwa stated that Mudalige was arrested in Gaspaha Junction yesterday (18) by a special police team while he was allegedly evading police and fleeing in a motorcycle.

The other person, who was travelling on the motorcycle with him, has also been arrested by the police.

Meanwhile, another demonstration was held in front of the University of Kelaniya last night (18), in protest of the recent arrests.