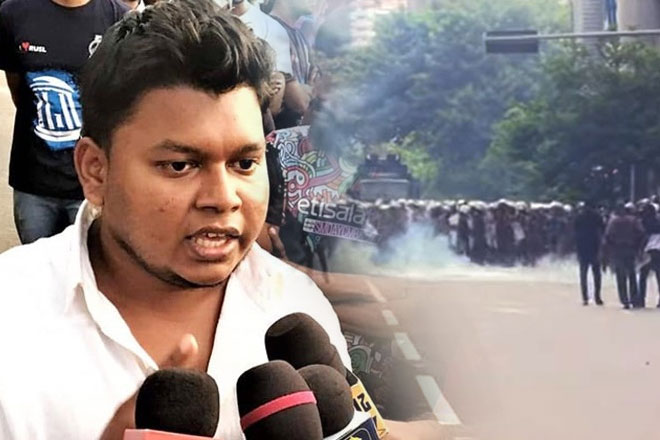 The Defence Ministry has issued detention orders on IUSF convenor Wasantha Mudalige and Hashan Gunathilake, who were arrested following a protest march in Colombo yesterday.

Accordingly, the Defence Ministry has granted permission for them to be detained for 72 hours and questioned by the police.

Earlier today, sixteen individuals who were arrested following the protest at Union Place in Colombo on Thursday (Aug 18) were granted bail by the Colombo Additional Magistrate.

Police had stated that IUSF convenor Wasantha Mudalige was arrested as there is a pending arrest warrant against him.

The arrests were made after police used water cannons and tear gas to disperse protesting university students who were marching through Town Hall and towards Union Place despite police blockades.

The protest march had been organized by Inter University Students Federation (IUSF) against the incumbent government led by President Ranil Wickremesinghe.