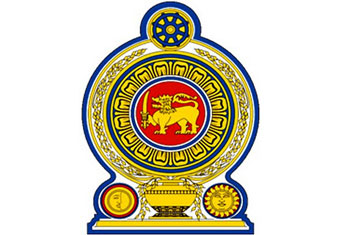 During the discussion with the President’s Secretary Saman Ekanayake, focus was placed on expediting the program on increasing foreign exchange through productively engaging state sector employees in foreign employment and resolving the issues faced by the connected institutions.

Discussions were also focused on Public Administration circular amendment no. 14/2022 and six other matters, the release said.

Through the amendment to the Public Administration circular, systematic approval would be granted to remit funds into a non-resident foreign currency account or rupee account, to enable the use of this account to receive widows and orphans’ contributions and to be able to settle loan installments through it.

While the amendment to the public administration circular would enable the depositing of remittances at least once in three months, it would also enable the relevant officer to open an account in his name to deposit money or open a joint account or even designate an account to receive funds that are deposited.

It has been decided to implement a program to identify potential foreign employment segments and inform target groups by quickly finding foreign employment opportunities for applied government employees and forwarding the applications to the relevant parties.

It has been planned to encourage public service development officers to pursue foreign education opportunities through foreign scholarships by making a wide coverage under the program to effectively send them abroad.

In this discussion, attention was also paid to opening the data obtained by the Sri Lanka Foreign Employment Bureau for the reference of the Pension Department to regularize the payment of pensions to government employees who go for foreign employment.

Discussions also focused on issuing instructions and a time frame to the head of the institution regarding the procedures to be followed in forwarding applications for obtaining leave, and to establish an online appeal system for applications that are delayed in approval of leave.

The President’s Secretary also instructed the Secretary of the Ministry of Public Administration and the Director General of Pensions to prepare and implement a system before the 31st of this month to ensure that the bank loans and pension contributions of widows and orphans are received as scheduled before the leave is approved.

It is also expected to consider multi-development performance to develop the skills of civil servants to apply for foreign jobs, identify short-term needs in areas of demand and direct civil servants to those courses.

It was further discussed to follow up on the program of sending government officials for foreign jobs periodically.