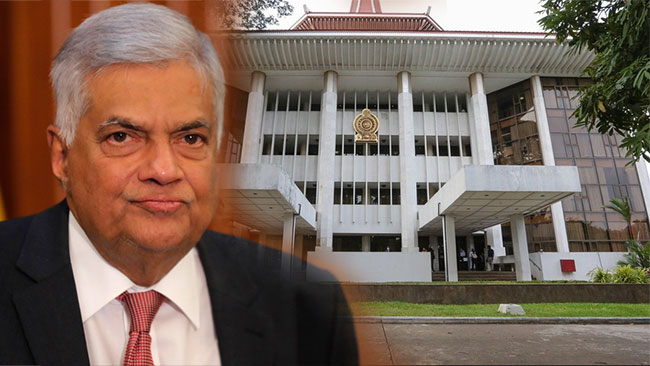 Supreme Court decides not to proceed with FR petitions against President

The Supreme Court has decided not to proceed with the fundamental rights petitions filed against Ranil Wickremesinghe over the Easter Sunday bomb attacks as he is the incumbent President.

The Supreme Court decided that the proceedings against President Ranil Wickremesinghe, who is named as a respondent in connection with the said petitions, cannot be continued.

The incumbent President had been named as a respondent in the fundamental rights petitions filed over failure to take steps to prevent the terrorist attacks on Easter Sunday despite receiving prior intelligence.

Announcing the verdict, Chief Justice Jayantha Jayasuriya stated that under Article 35(1) of the Constitution, the current President Ranil Wickremesinghe is entitled to immunity.

The Chief Justice also pointed out that according to that section, it is stated that proceedings cannot be conducted against a person who currently holds the office of President.

It was also stated in the judgment that the clause was introduced for a head of state to carry out his official duties without hindrance.

Accordingly, according to Article 35 (1) of the Constitution, the Chief Justice stated in his decision that the relevant petitions against the incumbent President Ranil Wickremesinghe cannot be maintained at this time.

Subsequently, further hearing on the petitions was adjourned until 29th of September.