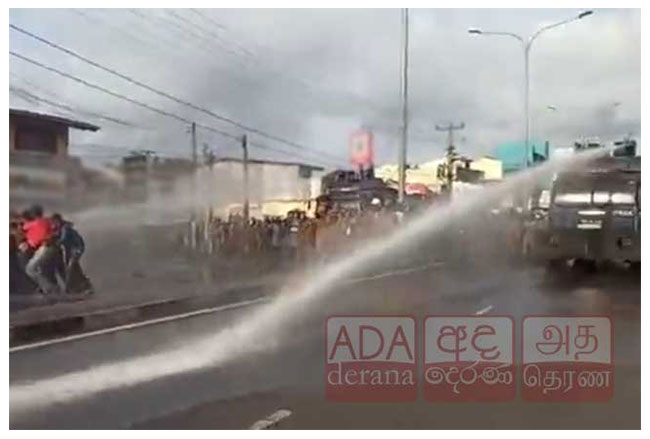 The demonstration had been organized by the Inter University Students’ Federation (IUSF) against the incumbent government and demanding the release of the protesters arrested under the PTA.

Police fired tear gas and water cannons at the protesters in the Dalugama area as they were attempting to breach a police blockade during the protest march.