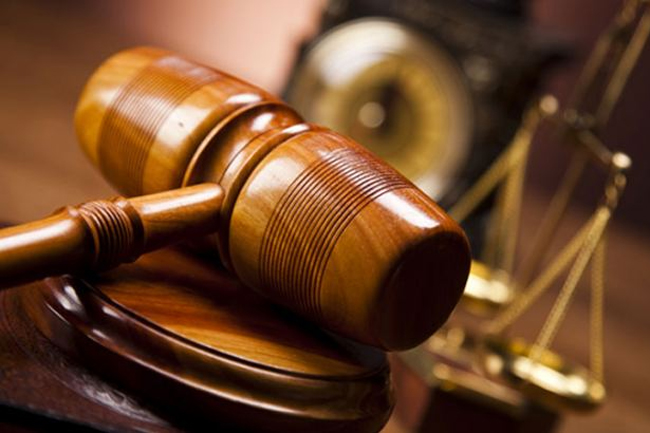 The main suspect of the human trafficking ring through which Sri Lankan women were illegally sent to Middle East countries such as Oman and the United Arab Emirates (UAE), who was arrested earlier today, has been placed behind bars on remand.

Accordingly, the suspect will be in remand custody until November 24.

The 44-year-old was detained at the Bandaranaike International Airport (BIA) in Katunayake this morning while returning to Sri Lanka.

He was later produced before the Negombo Magistrate’s Court.

The Criminal Investigation Department recently dug up more information about the large-scale human trafficking syndicate which auctions off Sri Lankan women who were taken to Oman on the promise of jobs in the Arabian country.

The Foreign Affairs Ministry in Sri Lanka had directed to the CID the complaints it had received about the unfortunate situation of Sri Lankan female domestic workers stranded in Oman.

Initiating a probe in this regard, a three-member team of the CID, led by the director of Human Trafficking, Smuggling Investigation and Maritime Crime Investigation Division, flew out to Oman on October 03.

The investigation officers, after recording statements from a total of 45 Sri Lankan women who are sheltered at a safe house belonging to the Sri Lankan Embassy in Muscat, uncovered that they had arrived in Oman on tourist visas. They also found that these women had fled houses they were employed at for various reasons including the harassment.

Further, it was revealed that the women in question are stranded in Oman as their employers have taken possession of their passports.

Reportedly, 08 of them had been brought to Oman unlawfully. Meanwhile, another woman had been auctioned off for prostitution by a female representative of an employment agency in Sri Lanka.

The investigators were told that Sri Lankan domestic workers, aged 22 - 50 years, had been auctioned off to sultans for bids ranging from Rs. 10 million to Rs. 2.5 million.

To make matters worse, an officer of the Sri Lankan Embassy has sexually harassed the women who are sheltered at the safe house.

Further probes into the matter disclosed that this sex trafficking ring had been operated by a group of officers of the Immigration & Emigration Department through the representatives of employment agencies stationed in Sri Lanka and Oman. Their target had been underprivileged local women facing financial difficulties.

Multiple attempts to arrest a woman known as Asha Dissanayake, who is directly involved in this set trafficking ring, had been to no avail and she remains in hiding.

According to a senior official of the Foreign Employment Bureau explained that out of these 45 women, 43 are stranded in Oman without necessary means to make the trip back home as they had arrived there on a tourist visa, intending to convert it to work visa.

Meanwhile, the services of the embassy official, who is accused of sexually harassing the stranded women, have been suspended.

The Sri Lankan Embassy in Muscat, in a statement, stated that at present, at least 90 Sri Lankan female domestic workers are stranded in Oman seeking repatriation assistance. They are unable to afford the repatriation-related expenses such as visa, overstay penalty, air ticket, agent fees, and the cost of recruitment demanded by their respective sponsors.

The embassy said it has also sought the assistance of the International Organization for Migration (IOM) to assist such victims.