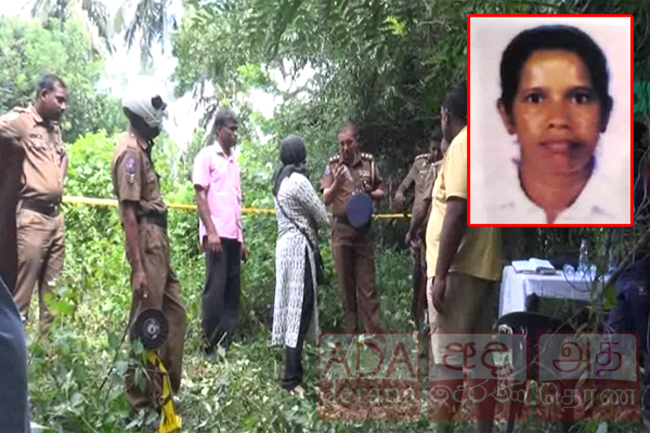 Suspect arrested over murder of woman in Maningamuwa

The Mahawela Police yesterday (28) arrested an individual in connection with the recent murder of a woman in Maningamuwa.

The suspect, identified as a 34-year-old resident of Moragollagama, Kekirawa, was arrested last evening following an investigation that was conducted based on a tip-off received by the Mahawela Police.

He is due to be produced before the Naula Magistrate’s Court today (29), Sri Lanka Police said.

The body of a female was found in a manure bag dumped in a deserted coconut grove, reportedly owned by a lawyer, on Sunday morning (27) in Pallepola, Maningamuwa.

The deceased was later identified as R. G. Rathnavathi, a 55-year-old resident of the area.