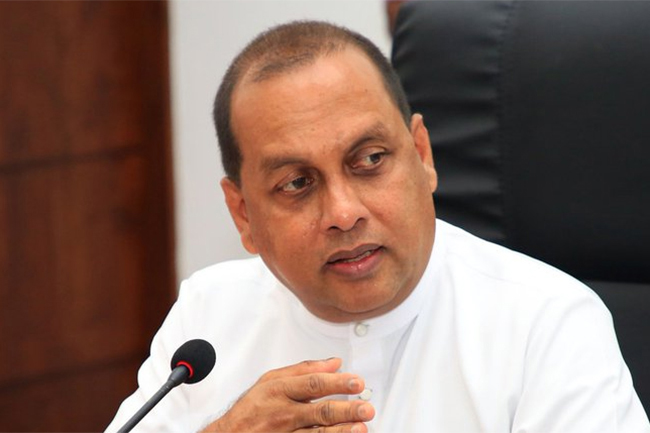 Minister Mahinda Amaraweera has sent a letter in response to the executive council meeting summoned by former President Maithripala Sirisena as the Chairman of the United People’s Freedom Alliance (UPFA) on November 30.

Stating that former President Sirisena has no authority to convene an executive council meeting, Amaraweera said it is he, as the general secretary of UPFA, who is authorized to do so.

The letter says that the executive council meeting convened by Sirisena is unlawful and unconstitutional.

Urging the former president to call off the said meeting with immediate effect, Amaraweera vowed to take legal action if the meeting is held.

The agriculture minister, in his letter, reiterated that he remains the general secretary of the UPFA.

This comes after a week after MP Thilanga Sumathipala was appointed the UPFA general secretary by the central committee of Sri Lanka Freedom Party (SLFP).

It was reported that the SLFP central committee decided to remove Mahinda Amaaraweera from the post of UPFA general secretary and unanimously agreed to appoint Thilanga Sumathipala to the post.