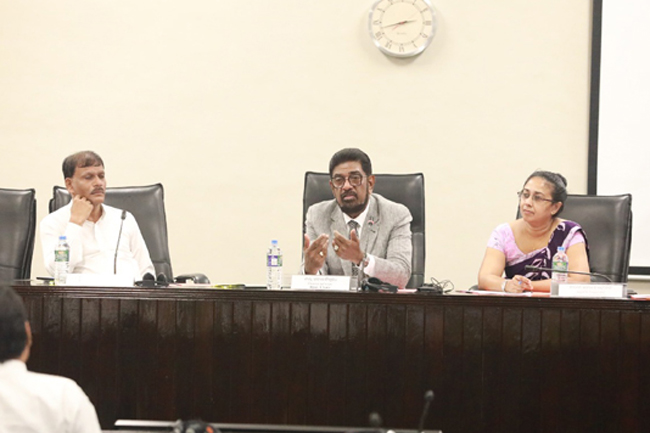 A grant of USD 28 million provided by China has been utilized to ensure the supply of 14 vital medicines required, Minister of Health Keheliya Rambukwella says.

He stated this in response to concerns raised by parliamentarians regarding the speculations on a shortage of medicines in the country.

The lawmaker also mentioned that an allocation of USD 200 million from the Indian credit line has been made to cater to the needs of the health sector.

Meanwhile, the Cabinet of Ministers has green-lighted the allocation of the remaining USD 35 million from the USD 1 billion received under the Indian credit line, in addition to the USD 200 million allotted for the same.

Rambukwella’s remarks came during the meeting of the Ministerial Consultative Committee on Health held at the parliament complex recently.

Further concerns were raised regarding excessive charges in private hospitals in a context where free health is facing challenges to meet the demand due to the forex crisis.

The parliamentarians pointed out that patients are compelled to obtain the service of private hospitals, given the failure to maintain government hospitals and provide them with requisite medical equipment.

In response, the minister assured that by next year approximately a 25% - 30% of an increase in those who will resort to government hospitals is unavoidable. He mentioned that it has come to a point where the middle-income category cannot afford private hospital facilities further.

The minister stated that a decision should be arrived at to transfer everyone subjected to a limit of 5-6 years. He highlighted that there are practical concerns in arranging transfers as it is hard to find someone willing to agree to a mutual exchange between stations.