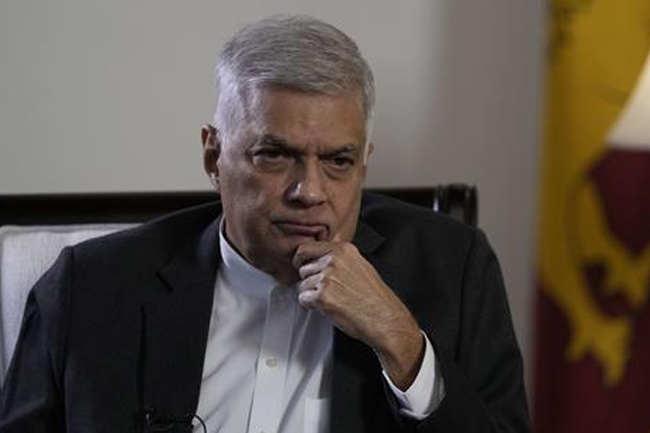 President Ranil Wickremesinghe says the agreements reached at COP27 have once again failed to place the nations of the world on a complementary and progressive course of redress.

In a statement issued on Tuesday (Nov 29), the Head of State attributed the biggest obstacle to success to politicisation and stagnation. “The outcome of the Summit is discouraging.”

President Wickremesinghe, who participated in the COP 27 United Nations Climate Change Conference in Sharm el-Sheikh, Egypt earlier this month, was critical of the countries that were historically accountable for the greatest damage and are capable of meaningful contributions but have stymied the furtherance of climate action.

Following is the statement issued by President Ranil Wickremesinghe.

“For 27 years, world leaders have been meeting under the COP framework to confront the greatest threat to the future of humanity – climate change. Yet, we are no closer to the implementation of a universal and collaborative plan of climate action as mandated by the COP process.

Once again, the agreements reached at COP27 failed to place the nations of the world on a complementary and progressive course of redress. Regrettably, the biggest obstacle to success has been politicisation and stagnation. The outcome of the Summit is discouraging.

The absence of leadership by those countries who were historically accountable for the greatest damage and who are capable of meaningful contributions has stymied the furtherance of climate action. The nations of the global South are left to fight their corner with the Loss and Damage Fund, only a partial breakthrough, and achieved largely as a result of the unified stand and increased pressure of the G77 nations in the past years.

While the Loss and Damages Fund is a step in the right direction, there is a critical omission in the identification of the nations that will be responsible for making the requisite financial contributions. Neither does the reference to the establishment of the Fund include any provisions on liabilities nor compensations. Consequently, the G77 countries will need to continue the campaign to have these shortfalls addressed so as to ensure that the Loss and Damages Fund is operating at its full potential.

Moreover, this fund is retrospective – it will only provide compensation for damages that have occurred. It does not address the root causes of climate change. It is imperative therefore to arrest the destruction that is ongoing through a concentrated effort to achieve the goal of US 100 billion in financial aid for prospective and preventative action.

The world is progressing at a rate faster than previously predicted, and therefore, efforts to mitigate climate change cannot remain stagnant. Last year the world was unanimous in its decision that global temperatures should not experience a rise of over 1.5 degrees Celsius. A plan of action to this effect was agreed upon.

However, while its original target has been retained, the manner in which this goal is to be achieved has been compromised following the decisions at COP 27.

Furthermore, there is no firm commitment on the phasing out of fossil fuels, nor new targets on emissions.

These agreements are a simple bandage for a gunshot wound. Climate change is as much a threat to the modern world as is terrorism. If world leaders do not engage with this sincerely, they will be guilty of sitting on the side-lines sprouting rhetoric as the global climate worsens and habitations collapse.

COP28 in the UAE must not be yet another starting point, but rather a stocktake of the implementation of past decisions. It must be a seal of approval for a year of work towards strengthening the global response to climate change – beginning with a crucial emphasis on the energy sector.

For the Conference of Parties to be relevant, sustainable progress must be made at COP28. Otherwise, it is best to dismantle COP. The charade need not continue.”