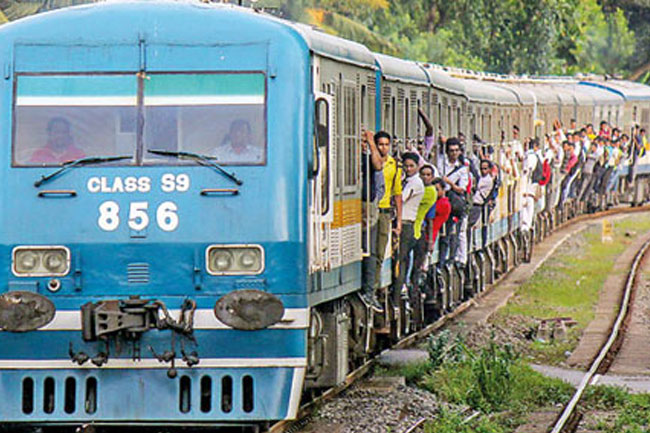 The Chief Secretary of the Association, Kasun Chamara mentioned that the train delays cannot be avoided by only revising the train schedule.

The Department of Railways had taken measures to revise the train schedule on Kelani-Valley Line recently, due to the train delays that prevail at present.

The Deputy General Manager of Railways, Gamini Seneviratne stated that it will be possible to avoid the inconvenience that occurred to the railway commuters to a certain extent, by introducing the new train schedule.

“A train delay was also reported a few years ago. The railway authority dealt with the issue by revising the arrival times of delayed trains. Therefore, the stance of our association is that a proper solution is not given to the commuters by revising the train schedule this way.”

However, Kasun Chamara, the Chief Secretary of the Sri Lanka Railway Station Masters’ Association said that this will further exacerbate the train delays and that the commuters will face further inconveniences.

There are many other reasons for the train delay, he expressed, adding that the railway authorities and the current political authority should be able to implement the train services without delay by finding out the reasons for prevailing issues.