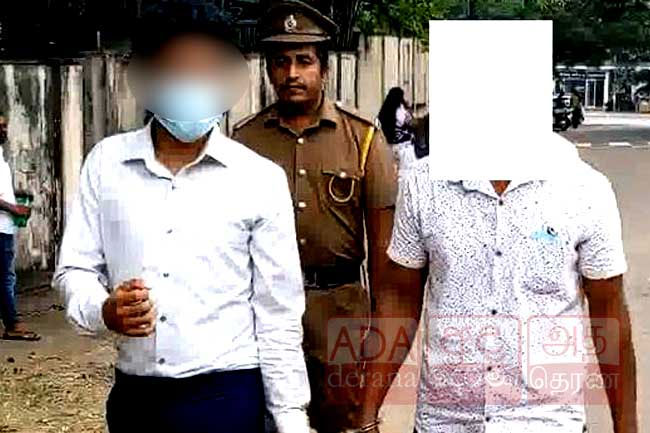 Police have arrested a tuition class teacher over an alleged incident of raping a 15-year-old girl in the Pannala area.

The 24-year-old tuition class teacher has been ordered to be remanded until December 15, after being produced before Kuliyapitiya Magistrate’s Court today (Dec. 01).

The suspected teacher has been identified to have conducted tuition classes for the Science subject within several areas including Dankotuwa, Vennapuwa and Makandura.

The arrest has been carried out in accordance with an investigation conducted after several birth control pills were found in the possession of a student studying at a school in Pannala.

It has been uncovered during preliminary investigations that the tutor has found the girl’s contact number through a WhatsApp group created for conducting the tuition class, and that he had established an acquaintance with the girl.

The suspected tutor has admitted before the court that he had a romantic relationship with the girl in question.

He was reportedly conducting another tuition class at the time of his arrest.

Meanwhile, the court has ordered the police to conduct an investigation regarding the other female students who have studied from the tutor, and to report facts.

Pannala Police has initiated an investigation regarding the incident.