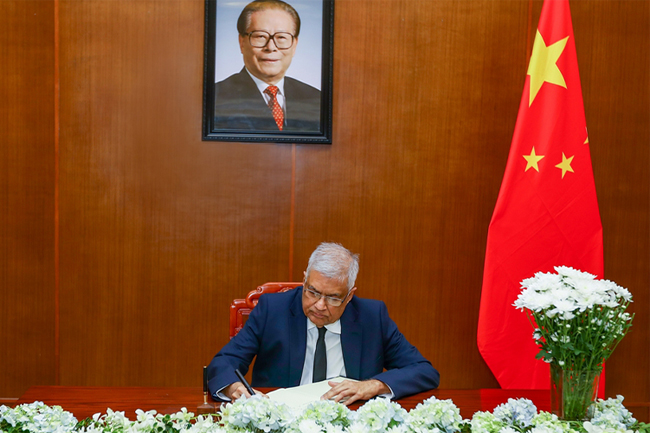 President Ranil Wickremesinghe visited the Chinese Embassy this evening (02 Dec), to express his condolences on the passing of the former President of the People’s Republic of China, Jiang Zemin.

Former President Zemin passed away at the age of 96 on Wednesday (30 Nov) in Shanghai, due to leukemia and organ failure, foreign media reported.

He said that the late Mr. Jiang Zemin was an excellent leader who had rendered great service to the People’s Republic of China.