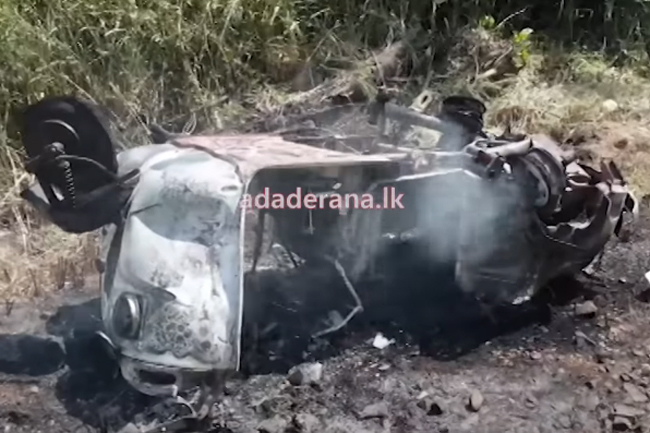 Reports have claimed that no one has appeared to take guardianship of the 04-year-old  daughter of a Russian native who was killed in an accident in Dalawella, Habardauwa yesterday (01 Dec).

The deceased, who was killed in a collision between a three-wheeler and a train, was identified as a Russian female who was residing in the Unawatuna area with her daughter.

The accident took place last morning, when the three-wheeler the mother was travelling in after dropping her daughter at a daycare centre collided with a train on an unprotected level crossing, leaving the vehicle completely gutted.

As the mother-daughter duo have no relatives in Sri Lanka, the daughter of the deceased will be kept at the daycare centre till contact is made with a relative via the Russian Embassy.

Police have attributed the accident to the three-wheeler driver’s recklessness, claiming that he had driven the vehicle over the crossing despite bystanders having warned him against doing so.

There was also a signboard displayed at the scene, alerting motorists that the railway track’s warning system had been disabled, the police said.