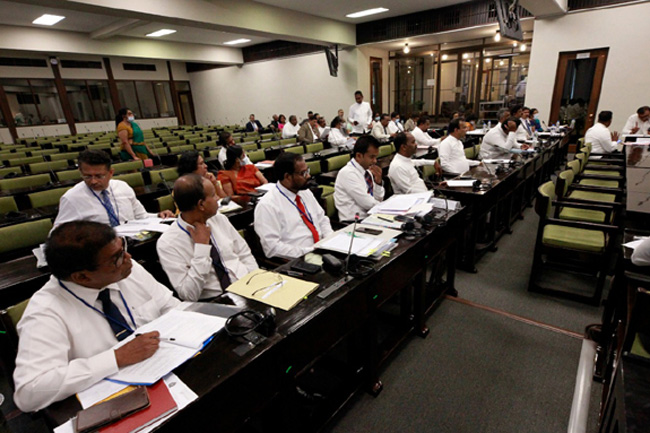 Necessary arrangements will be made next year to start commercial activities related to 5G technology in Sri Lanka, the Telecommunication Regulatory Commission (TRCSL) has said.

This was mentioned at the meeting of the Ministerial Consultative Committee on Technology held recently when permission sought by the TRCSL for 5G technology which is to be introduced by internet service providers was taken up for discussion.

During the meeting, State Minister of Technology Kanaka Herath told the committee that a proposal will be submitted regarding the reactivation of Vidatha Technology centers across the island under the Ministry of Technology.

He stated this in response to the request made by MP Weerasumana Weerasinghe to bring Vidatha Centres back under the Technology Ministry and develop them to suit the fast-changing world.

The MPs also drew the attention of the committee to the Sri Lanka Telecom PLC. The company’s officials told the committee that SLT has gained a profit of Rs. 12 billion last year and a profit of nearly Rs. 6 billion in the first nine months (January-September) this year.

This was revealed when MP Dr. Upul Galappatti inquired into the information of the company, while commenting on the proposal to privatize the SLT.

The SLT officials further stated that the government owns 49.5 percent of the company’s ownership and if the company is privatized, the private sector will own the same amount of shares.