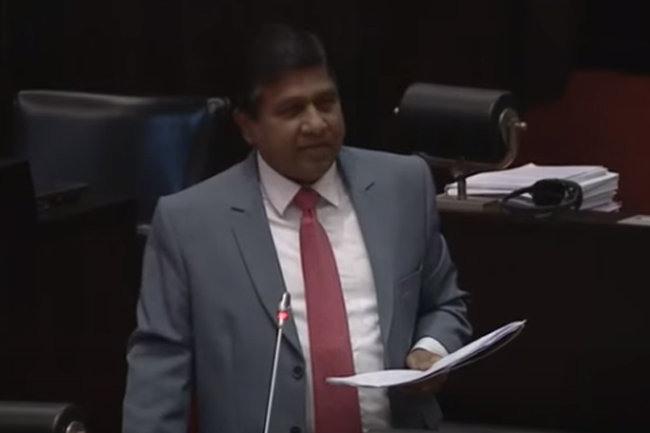 Minister of Justice Wijeyadasa Rajapakshe says that there is an increasing trend of seized drugs such as heroin returning to the streets and going back into the hands of people.

Speaking in the parliament today (Dec. 05), he emphasized that although it is taken into discussion less, the matter of dangerous drugs has impacted the country unfavourably, while adding that nearly 500,000 youths have become addicted to dangerous drugs so far.

Minister Rajapakshe also highlighted that dangerous drugs such as ‘Ice’ (crystal methamphetamine) were not declared illegal until the laws were enforced declaring them as illegal narcotics on November 10.

“Laws were drafted to sentence the convicts to death and life imprisonment regarding the drug-related offences”, he said.

“There was a situation that sometimes officers of the Police Narcotics Bureau were sending these drugs back to the markets. Legal actions were also sought against these police officers recently”, he stressed.

The minister further emphasized that seized drugs such as heroin which were sent to the record rooms of the courts had returned to the streets, and a situation of selling them back to the people prevailed.

He expressed that therefore, the laws were revised to destroy the seized drugs keeping only a required amount of samples immediately, once the investigations are completed, by assigning powers to the judiciary with regard to destroying them.

“The dangerous drugs such as heroin are turning into wheat flour or powder within the record rooms of the courts and sent back to the markets”, the minister said.