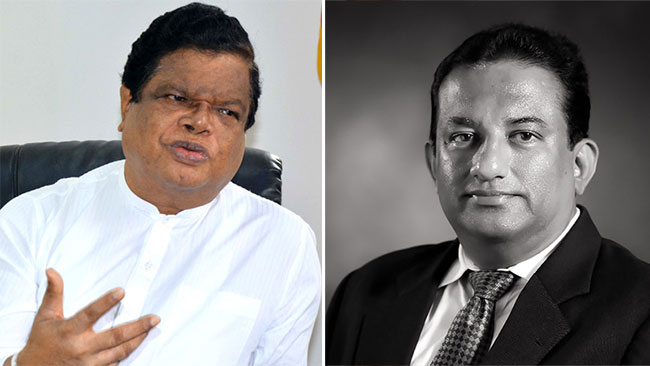 Minister of Transport and Highways Bandula Gunawardena has called for the immediate resignation of the Chairman of the Sri Lanka Transport Board (SLTB), Kingsley Ranawaka.

In a letter addressed to the SLTB chairman, the minister states that the ‘Park and Ride – City Bus Service’, which was initiated under a policy decision of the government, has been suddenly suspended without informing him, based on a decision reached by the Director Board of the Sri Lanka Transport Board.

The minister says that the City Bus service was immensely popular among the commuters and had managed to reduce traffic congestion on High-Level Road to a certain extent during rush hours in addition to the fact that it helped reduce CO2 emissions.

In the letter, the Transport Minister emphasizes that by suddenly suspending this programme, which was launched based on a policy decision of the government with the aim of providing facilities to the general public and easing traffic congestion and reducing environmental pollution, the SLTB chairman has disobeyed policy decision of the government.

Therefore, the Minister, under the powers vested in him by Sri Lanka Transport Board Act, No. 27 of 2005, has instructed Mr. Kingsley Ranawaka to resign from the posts of SLTB chairman and Director Board member with immediate effect.

The letter is attached below... 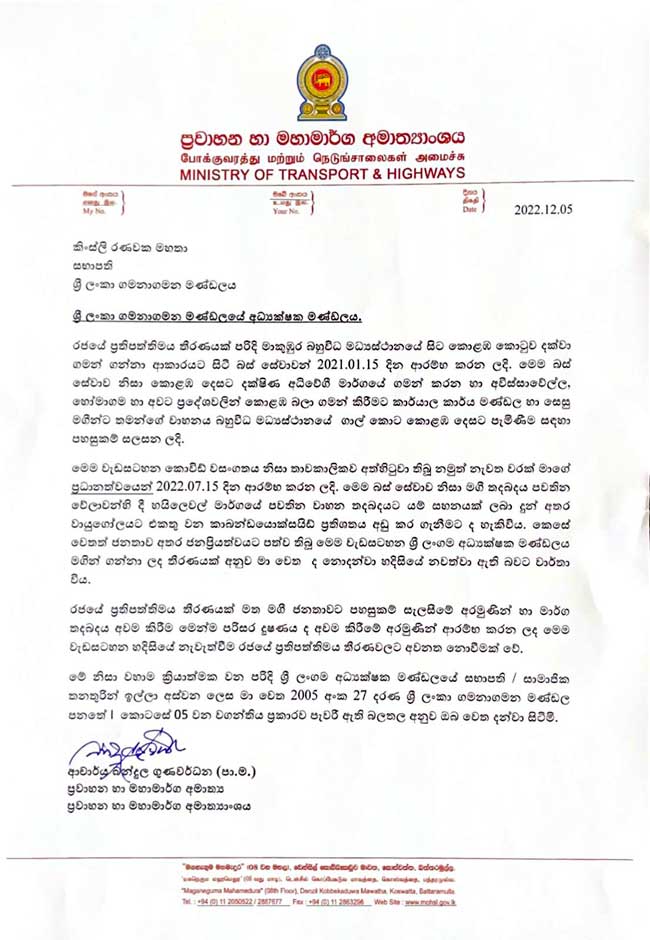