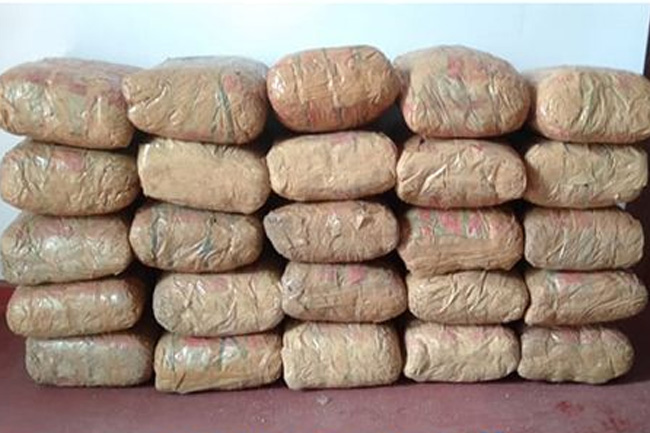 Over Rs. 20mn worth of cannabis found ashore on island in Jaffna

The Sri Lanka Navy yesterday (24 Jan.) seized over 60 kilograms of Kerala cannabis on the beaches of the Analathivu Island in Jaffna.

The consignment, which had washed ashore, was seized by the SLNS Elara in the Northern Naval Command, in a joint operation with the Kayts Police, and has a street value of over Rs. 20 million.

The stock of cannabis was packed in 25 packages, and was found on the shores of the Analathivu Island in two sacks, Sri Lanka Navy reported, adding that the consignment is believed to have been left behind by smugglers.

Accordingly, the narcotics have been handed over to the Kayts Police for further legal action.