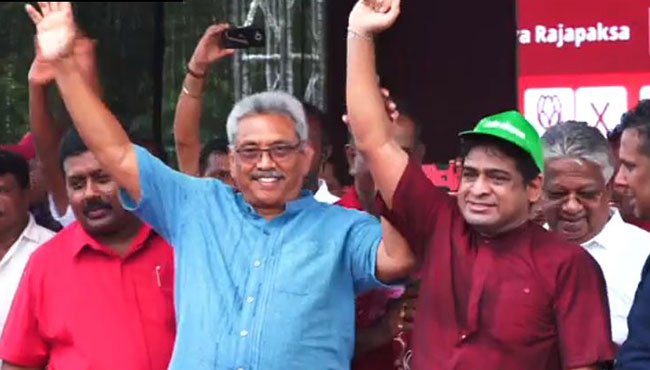 Rajapaksa was addressing the gathering as the State Minister, accompanied by several individuals, suddenly appeared to be making his way through the large crowd at the rally and eventually joined the SLPP candidate on stage.

UNP General Secretary Akila Viraj Kariyawasam stated that the UNP decided to strip party membership from Senanayake immediately and to remove him from his ministerial portfolio later on.

He had recently written a letter to UNP deputy leader and NDF presidential candidate Sajith Premadasa, expressing his concerns with regard to the latter’s election campaign.

Holding a press conference, he had also demanded answers from Premadasa for questions put forward by him regarding the role certain ministers will play in a future government.

Senanayake had also been visibly absent at the election rallies of Sajith Premadasa.