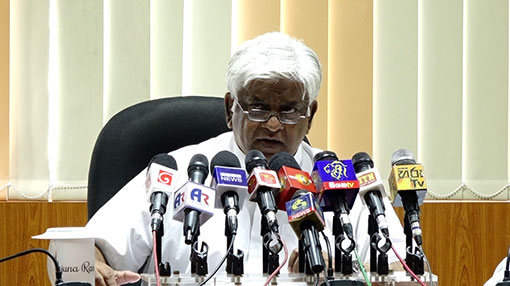 Sri Lanka has decided to increase the overflying charges on aircraft flying through the country’s air space, for the first time in 38 years.

“We have taken a decision to increase overflying charges which we have not done for the last 38 years,” Minister of Transport and Civil Aviation Arjuna Ranatunga told reporters on Thursday.

The minister said that under the previous charges the country’s annual collection was about USD 7.8 million (Rs 1.4 billion) and with the proposed rates Sri Lanka will receive around USD 12 million (Rs 2.2 billion).

Ranatunga said that this enhancement has helped improve safety, efficiency, regulatory, economical, substantial and environmental responsibilities of the air navigation in the air space that Sri Lanka is providing air traffic services.

The minister said that they analyzed most of the Asian countries and took this decision and that it took almost like 3 months for the two institutions to discuss and come with different proposals. “We took a decision to finalize that yesterday.”