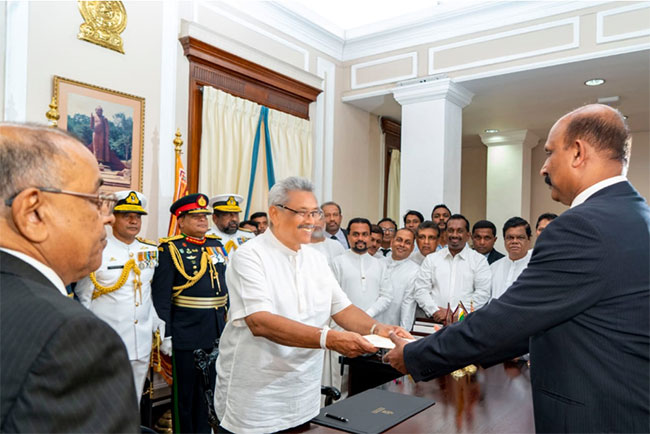 Major General (Retired) Kamal Gunaratne has been appointed as the new Secretary to the Ministry of Defence.

The new appointment has been made by President Gotabaya Rajapaksa, who officially assumed duties at the Presidential Secretariat in Colombo this morning.

Delivering a speech after taking oath as President of Sri Lanka yesterday, Rajapaksa had stated that he will hold the portfolio of Minister of Defence in addition to being the Commander-in-Chief of the Armed Forces.