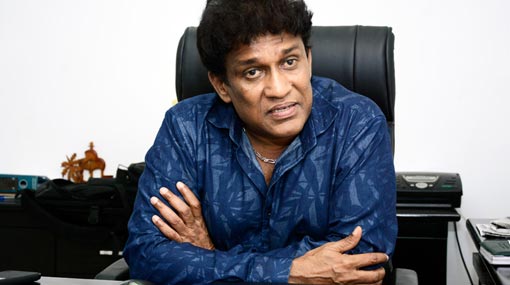 Leader of the Tamil Progressive Alliance Mano Ganesan says that he will not support the dissolution of Parliament before the deadline.

Speaking to Ada Derana, the Minister of National Integration, Official Languages, Social Progress and Hindu Religious Affairs said that the governing power should be handed over to the elected President’s party, respecting people’s mandate.

Several decisions have arrived at on the matter so far, Ganesan said.

The next person who becomes the leader of the UNP should hold the position of the Opposition Leader, Ganesan added.

Minister Mano Ganesan says that he does not agree to the dissolving of the parliament before the set date.

He says that Ministers are setting a bad example by resigning from their posts.

The Prime Minister should hold a cabinet meeting with this regard and the ruling power should immediately be given to the party of President Gotabaya Rajapaksa following a collective decision.

This mandate should be respected and it is only fair to give it back, Ganesan further said.