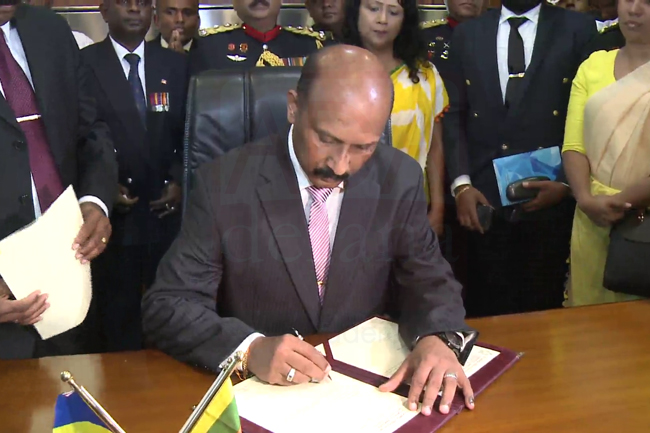 He ceremoniously took office at the Ministry at 09.15 am this morning in the presence of Chief of Defence Staff, Tri-Service Commanders, acting Inspector General of Police, Director General Civil Defence Force and a representative gathering of all Defence Ministry establishments.