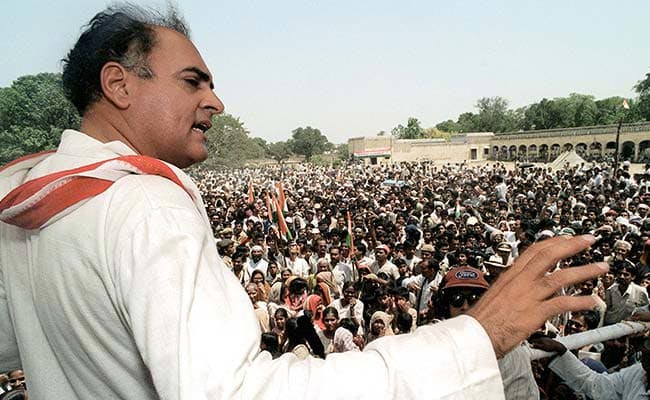 Rajiv Gandhi assassination case convict Robert Payas walked out of the prison for the first time after 28 years on a 30-day parole.

Serving life term, he was released from the Puzhal Central Prison here based on a November 21 Madras High Court order granting him the relief for making arrangements for his son Tamilko’s marriage, a senior prison official told news agency PTI.

Incarcerated since August 16, 1991, Payas, a Sri Lankan national, had come to India the previous year alongwith his wife and is serving life sentence along with six other convicts.

“He must comply with a number of conditions. He should not meet any political party leaders,” the official said.

Clad in a bright blue shirt and denim jeans, Payas came out of the prison amid tight security and was taken to the residence of a person in suburban Neelankarai where he will stay during the leave period.

In its order, a bench of Justices MM Sundresh and RMT Teekaa Raaman had granted leave from November 25 to December 24 to Payas.

Payas had submitted in the court that he had completed actual imprisonment of more than 28 years and did not avail any leave during the period despite his good conduct.

He should surrender before the jail authorities at 5 p m on December 24.

Payas and six others -- Murugan, his wife Nalini, Santhan, Perarivalan, Ravichandran, Jayakumar-- are serving life term in connection with the assassination of former prime minister Rajiv Gandhi by an LTTE suicide bomber at a poll rally in Sriperumbudur near here on May 21, 1991.