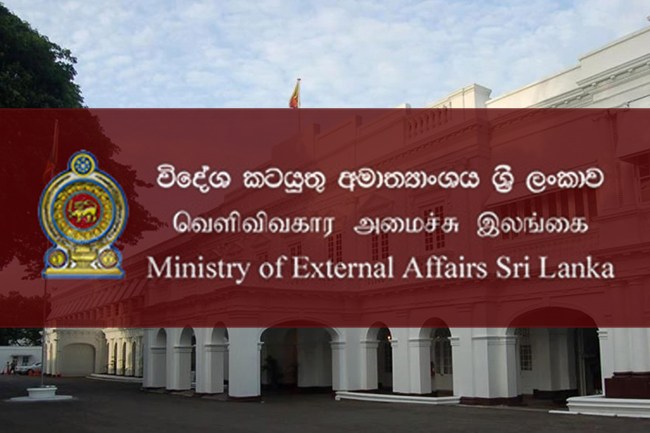 The Government of Sri Lanka has taken serious note of the alleged criminal incident concerning a locally recruited staff member of the Embassy of Switzerland in Colombo, on Monday (25), says the Ministry of Foreign Affairs.

On being informed of the alleged incident yesterday (27), the Police have taken immediate action to commence an investigation into the matter, the Foreign Ministry said issuing a media release today.

In order to enable the relevant authorities to conduct the investigation smoothly and according to established procedure, the fullest cooperation of the Embassy of Switzerland has been requested.

Sri Lanka’s Ambassador to Germany who is concurrently accredited to Switzerland, Eng. Karunasena Hettiarachchi will be meeting with the Swiss authorities to provide an update on the investigation, shortly, according to the release.

“The Government of Sri Lanka takes this opportunity to reaffirm unequivocally its commitment to give effect to the obligations undertaken as a State Party to the Vienna Convention on Diplomatic Relations (1961), to facilitate the smooth functioning of diplomatic missions in Sri Lanka,” the release read further.

Earlier this week, it was reported that a Sri Lankan employee of the Swiss Embassy in Colombo was kidnapped and threatened by a group of unidentified persons who forced her to disclose certain embassy-related information.

The Government of Switzerland subsequently called on Sri Lankan authorities to take immediate action regarding the incident.