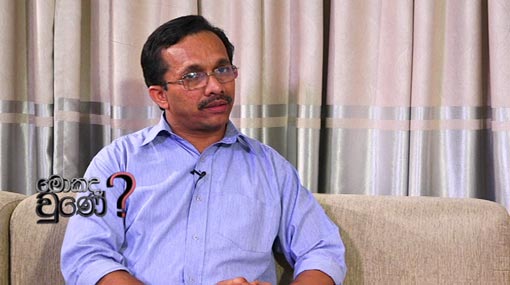 Former COPE Chairperson MP Sunil Handunnetti states that there is no connection between the forensic audit reports and the prorogation of the parliament.

“I call for COPE committee meetings on my time table whereas the President concluded the parliamentary session on his time table”, he said.

However, he pointed out that by the time the COPE committee is reinstated after following relevant procedures, it would be the end of February, the time to dissolve the parliament.

When Ada Derana journalist pointed out that the COPE committee can be re-established within one week, the MP stated that even such amount of time is unnecessary when it comes to the forensic audit reports.

There is no hindrance to the Finance Minister to take the necessary steps on these reports even tomorrow, he added.

Speaking on the results of the Presidential Election 2019, Handunnetti states that Sri Lankan public considers personal factors as policy factors when voting.

When inquired if JVP does not see any good in anything, Handunnetti stated that they commend certain actions of the newly appointed President Gotabaya Rajapaksa; such as replacing portraits of politicians with state emblem, downsizing the delegation that travels with President, halting re-export of cinnamon and pepper.

The parliamentarian refuted that JVP puts up posters even while the public is now attempting to steer away from posting bills through graffiti. He stated that he will categorically say that the JVP has not posted any bills in any of the places that were being used for graffiti.

However, Handunnetti says that he challenges that other parties will not keep themselves from posting bills on those graffiti decorated walls.

Handunnetti pointed out that they use posters at this age only because of lack of funds. JVP will not use posters if they had enough funds to spend on propaganda and TV commercial slots.