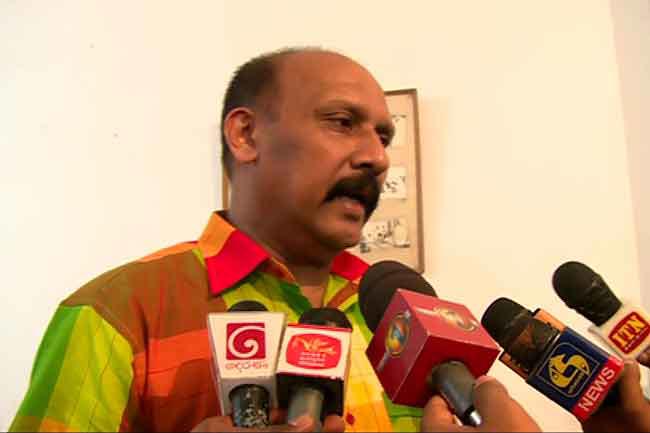 Defense Secretary Major General (Retd) Kamal Gunaratne says that the Embassy of Switzerland in Sri Lanka has acted on behalf of the needs of the Tamil Diaspora.

Speaking in the alleged abduction case of the Swiss Embassy local staffer, Gunaratne expressed these views to the media, at Pannipitiya.

Pointing out that the alleged victim is a Sri Lankan, the Defense Secretary stated that it is the responsibility of the security forces that work on the peace and order of the country to protect her.

“When a Sri Lankan lodges a complaint that a Sri Lankan was in trouble, it is our duty and responsibility to launch investigations on it.”

Stating that it is regrettable that the Swiss Embassy did not disclose even the alleged victim’s name to the CID, Gunaratne says the investigations have discovered her name and all the details on the matter.

He stated that all sectors, including all embassies in the country, were informed on the investigation’s findings by the Foreign Ministry.

Commenting on the judgment passed on Brigadier Priyanka Fernando by the UK, Gunaratne says that it is his personal opinion that this was a result of politicians in the UK who came into power with the support of pro-LTTE Diaspora in the UK.

He further stated that Brigadier Fernando will not have to pay a fine as the Sri Lankan Foreign Ministry and the High Commission will take necessary measures on it.