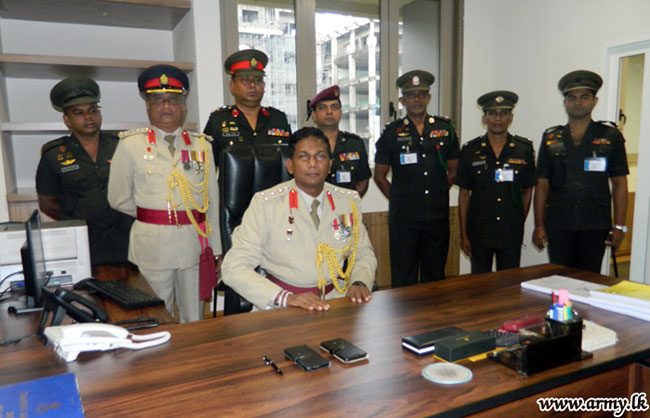 Brigadier Priyanka Fernando has been appointed as the new Director of Real Estate and Quartering of the Sri Lanka Army (SLA).

He officially took over duties at Army Headquarters in Sri Jayewardenepura on Monday (9), during a brief ceremony at his office, the SLA media unit said.

After entering the new office, Brigadier Fernando performed religious observances and left his signature for a formal document to signify the acceptance of his new office.

Brigadier Priyanka Fernando, prior to this new appointment served as the Commandant of Ranaviru Sampath Kendraya in Wattala.

He succeeded Major General Prasanna Chandrasekara, who has been now appointed as the new Master General Ordnance at the Army Headquarters.