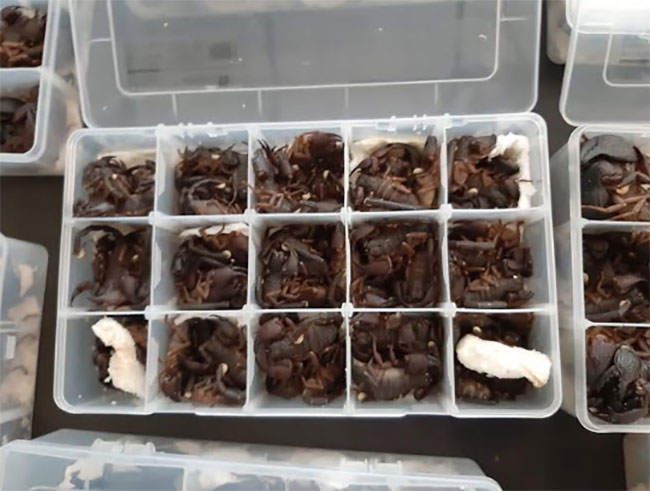 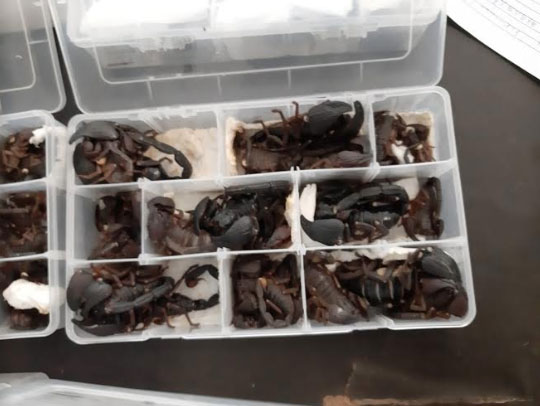 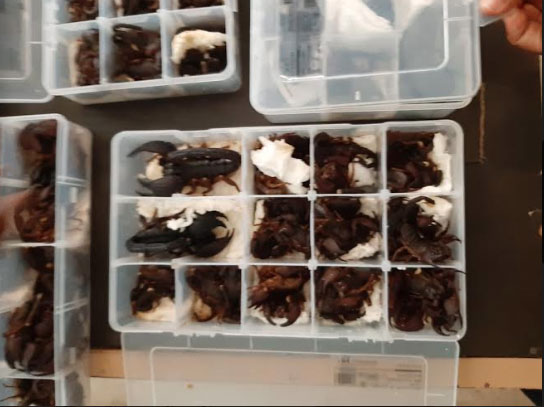 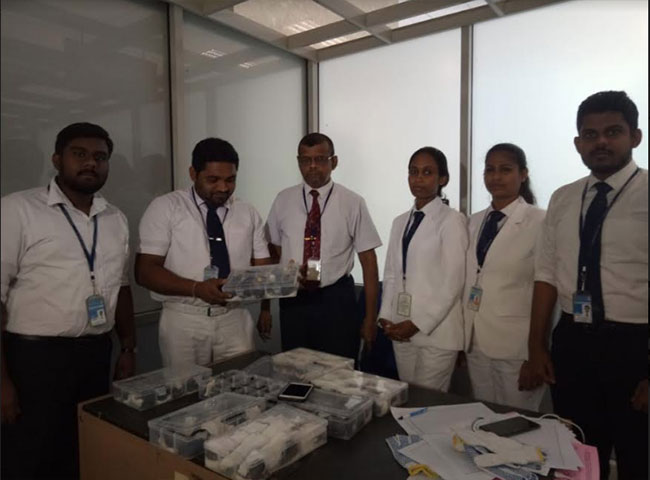 Chinese man held with over 200 scorpions at BIA

A Chinese national has been arrested at the Bandaranaike International Airport (BIA) in Katunayake when he attempted to smuggle over 200 live scorpions out of the country.

Sri Lanka Customs said the suspect was arrested at around 1.55 p.m. today at the airport after over 200 scorpions belonging to various species inside his luggage.

The 30-year-old Chinese passenger had attempted to smuggle the scorpions out of the country in violation of the Fauna and Flora Protection Ordinance.

The scorpions have been taken into custody by Customs officers and will be confiscated.

The arrested suspect reportedly engages in smuggling such wildlife from various countries to China, where he breeds and later sells them to buyers.

The Chinese national had informed the customs officers that he had toured various parts of Sri Lanka and that he had obtained these scorpions through the three-wheeler drivers he had met.

He was preparing to board a flight to Guangzhou, China at around 1.50 p.m. today when he was detained by airport security.