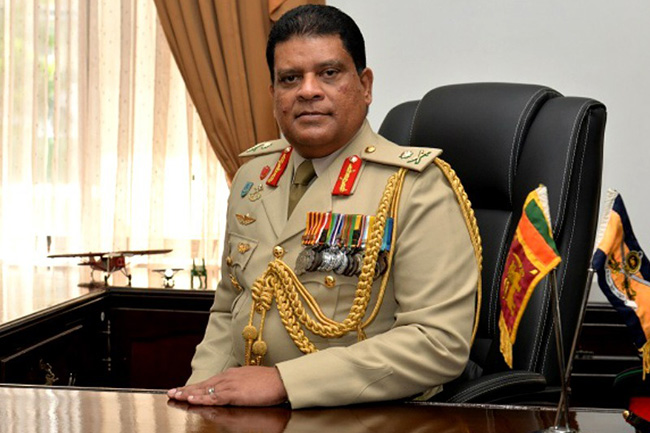 Sri Lanka has taken strong objection to the imposition of travel restrictions on Commander of the Army Lieutenant General Shavendra Silva and his immediate family members by the Government of the United States, based on independently unverified information.

The media release of the Ministry of Foreign Affairs, published today (14), noted that Lieutenant General Shavendra Silva was appointed as the Commander of the Army by the then-Head of State, taking into account his seniority and that there were no substantiated or proven allegations of human rights violations against him.

“His elevation as the Acting Chief of Defence Staff by the current Head of State President Gotabaya Rajapaksa was on account of his being the senior-most serving military officer,” it read further.

The Sri Lankan government also pointed out that the timing of this travel restriction six months after Lieutenant General Shavendra Silva’s appointment as the Army Chief is concerning.

“It is disappointing that a foreign government should question the prerogative of the democratically elected President to call upon persons with proven expertise to hold key positions on national security-related matters,” the statement continued.

The Government of Sri Lanka has accordingly requested the United States to verify the authenticity of the sources of information and to review its decision.

The State Department of the United States today (14) designated Lieutenant General Shavendra Silva “due to credible information of his involvement, through command responsibility, in gross violations of human rights, namely extrajudicial killings, by the 58th Division of the Sri Lanka Army during the final phase of Sri Lanka’s Civil War in 2009.”

The press statement of the State Department noted that this measure was taken under Section 7031(c) of the Department of State, Foreign Operations, and Related Programs Appropriations Act.

“Section 7031(c) provides that, in cases where the Secretary of State has credible information that foreign officials have been involved in a gross violation of human rights or significant corruption, those individuals and their immediate family members are ineligible for entry into the United States.”

Hence, the immediate family members of Lieutenant General Shavendra Silva were also publicly designated and barred from entering the country.